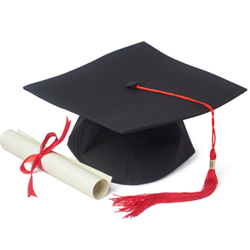 Humanities majors get a median $45,000 boost in annual earnings with a law degree, compared to a median $29,000 boost for those majoring in science, technology, engineering or mathematics—the so-called STEM majors, according to estimates in a new study.

Humanities majors more than double their earnings with a law degree, compared to doubled earnings for social sciences majors, and about a 50 percent boost for business and STEM majors, according to the study estimates, available at SSRN. Brian Leiter’s Law School Reports has a summary of some of the findings.

The study authors are Rutgers University economics and business professor Frank McIntyre and Seton Hall University law professor Michael Simkovic, the same professors who published a controversial study finding that a law grad will make, on average, $1 million more in a lifetime than a college grad. The peer reviewed version of that study is here (PDF).

A disproportionate number of law degree holders—48 percent—have college degrees in humanities or social sciences. Only 18 percent of those with law degrees had STEM majors. “Thus the majors that are disproportionately overrepresented among law graduates—humanities and social sciences—are also the majors for whom the expected benefits of law school are the greatest,” the study says.