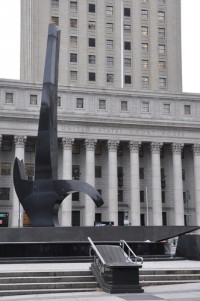 Sovereign immunity protects the Social Security Administration in a lawsuit by Binder & Binder for attorney fees paid to two clients who later declared bankruptcy, according to a federal appeals court.

The agency did not waive sovereign immunity, despite statutory duties to withhold attorney fees from payments to successful claimants, according to the March 21 opinion by the New York-based 2nd U.S. Circuit Court of Appeals. The New York Law Journal (sub. req.) and Courthouse News Service have stories.

Binder & Binder had successfully represented both clients in their claim for past due benefits. The Social Security Administration acknowledged it had “inadvertently” paid attorney fees of $6,000 to one client who later filed for bankruptcy. The agency paid $15,000 in attorney fees to another client who notified the agency it shouldn’t withhold the money because he had filed for bankruptcy and Binder was an unsecured creditor. Both clients had their debt to Binder & Binder discharged in bankruptcy.

The appeals court said other federal appeals courts had ruled similarly, including the Philadelphia-based 3rd U.S. Circuit Court of Appeals in another case filed by Binder.

The 2nd Circuit said it realized its holding may leave aggrieved parties without relief. “We can hope that the agency and Congress will consider fashioning remedies for those injured by such mistakes when the federal courts cannot,” the opinion said.