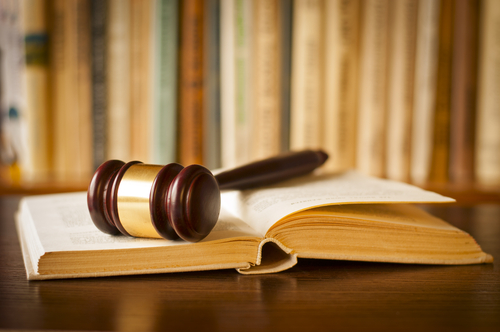 Updated: The politically connected Chicago law firm of O'Keefe Lyons & Hynes claims a suburban law firm is confusing the public by using O’Keefe in its name.

Both law firms offer property tax appeals and both use similarly named websites, according to the federal lawsuit, filed in the Northern District of Illinois. The website for O’Keefe Lyons & Hynes is www.okeefe-law.com, while the O’Keefe Law Firm uses the domain name okeefelawfirm.com.

The O’Keefe Law Firm, on the other hand, was apparently formed in 2012, the suit says. Its name so closely resembles that of O’Keefe Lyons & Hynes that it is “passing its services off as if they are OLH’s services,” the suit alleges.

Since then, the O’Keefe Law Firm’s only response has been the addition of the “TM” designation next to its name on its website, the suit says.

Illinois lawyer registration records indicate that a lawyer named Cindy O’Keefe practices at the O’Keefe Law Firm in LaGrange. She responded to an ABA Journal email seeking comment on Thursday. O’Keefe said she couldn’t comment on pending litigation, but her firm would be filing an answer in the coming days.

Updated at 1:15 p.m. to indicate that records show a lawyer named Cindy O’Keefe practices at the O’Keefe Law Firm. Updated on July 27 to report that O’Keefe told the ABA Journal she couldn’t comment on pending litigation.