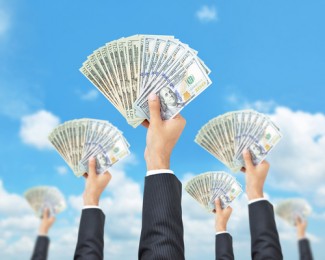 Quinn Emanuel Urquhart & Sullivan has increased its signing bonus for federal law clerks to $75,000, according to a letter from the law firm obtained by two publications.

The figure is a $25,000 increase in the amount previously offered by the law firm, report the National Law Journal (sub. req.) and Above the Law. Though a few firms paid more, $50,000 was the going rate for clerkship bonuses among Quinn Emanuel’s peer law firms, Above the Law says.

Figures from the National Association for Law Placement show a lower median amount paid by 220 law firms responding to its salary survey in 2015. The median signing bonus for federal circuit clerks was $25,000, and the median for district court clerks was $20,000.

NALP executive director James Leipold told the National Law Journal that clerk bonuses have been stable for quite a while, and “there doesn’t seem to be any market pressure on clerk bonuses.”

But recruiter Sarah Van Steenburg of Major, Lindsey & Africa told the NLJ that demand could produce an increase in clerkship bonuses.