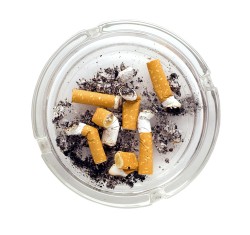 A federal appeals court has upheld the dismissal of 750 tobacco suits, citing this major problem: The Florida law firm that brought the cases had mistakenly identified 588 dead smokers as still being alive.

The Atlanta-based 11th U.S. Circuit Court of Appeals agreed to toss 588 personal injury suits filed on behalf of the smokers who turned out to be dead, 160 loss of consortium cases filed on behalf of spouses and children of those “predeceased plaintiffs,” and two wrongful-death cases that were barred by the statute of limitations. The Daily Business Review covered the opinion (PDF).

“As any lawyer worth his salt knows, a dead person cannot maintain a personal injury claim; under Florida law, a loss of consortium claim is ‘derivative in nature and wholly dependent on [the injured party’s] ability to recover,’ ” the appeals court said.

The dead-plaintiffs problem wasn’t discovered until early 2012, four years after the suits were filed. The appeals court said it would not allow the suits to be amended or a personal representative to be substituted for the dead plaintiffs. “We affirm the District Court’s conclusion that the years of unjustified delay and obfuscation stripped plaintiffs’ counsel of whatever rights to amendment that they might have had if they had brought the defects to the court’s attention in a timely fashion,” the appeals court said.

The cases were among 4,432 claims filed in 2008 on behalf of individuals by the Wilner Firm in Jacksonville. The firm filed the cases after the Florida Supreme Court disbanded the last phase of a statewide smoking class action, giving the plaintiffs one year–until Jan. 11, 2008–to file individual claims for damages. The firm’s name partner, Norwood Wilner, had tried one of the first successful smoker cases in 1996, and the firm collected names of thousands of smokers who called the firm while they were covered by the pending class action. Many of those people could not be located after the class action was disbanded, but suits were filed on their behalf to beat the deadline, the appeals court said.

“Despite the thousands of pages of briefing to the District Court and to this court, the root of the problem in all these cases is simple,” the appeals court said. “Back in 2008, when these cases were originally filed, the law firm that brought them didn’t have the time or resources required to fully investigate all the complaints (the firm in question filed claims on behalf of over 4,000 individuals).

“As a result, problem after problem cropped up once the District Court started going through the inventory of cases: there were personal injury claims filed on behalf of deceased smokers, wrongful death claims filed by ‘survivors’ of smokers who were still living, cases filed as a result of ‘clerical errors,’ multiple cases filed for the same person, cases filed for people the law firm had no contact with, claims that had already been adjudicated by another court, cases filed for people who didn’t want to pursue a lawsuit, and claims filed long after the relevant limitations period had run. Over and over, plaintiffs’ counsel explained that these problems were the result of the unique logistical difficulties involved in managing so many individual lawsuits. And over and over the District Court reminded counsel that a lawyer’s responsibilities to the court are not diluted even by an ocean of claims.”