Law firm: 'More probable than not' that Patriots deflated footballs in AFC game before Super Bowl 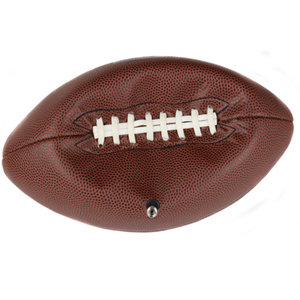 A prominent BigLaw firm brought in to investigate claims that the New England Patriots may have deflated footballs for the AFC championship game prior to the Super Bowl has provided its report (PDF).

Paul, Weiss, Rifkind, Wharton & Garrison said it was “more probable than not” that personnel for the Patriots did intentionally reduce the air pressure in the balls “in a deliberate effort to circumvent the rules,” recounts the New York Times (reg. req.). Ted Wells oversaw the firm’s several-month investigation.

Team owner Robert Kraft said the Patriots are extremely disappointed by the report’s conclusions and noted that the investigation found no “incontrovertible or hard evidence of deliberate deflation of footballs.”

It hasn’t yet been determined what penalties might be imposed by the National Football League. Commissioner Roger Goodell and Troy Vincent, who serves as executive vice president for football operations for the NFL, said officials will now “consider what steps to take in light of the report, both with respect to possible disciplinary action and to any changes in protocols that are necessary to avoid future incidents of this type.”