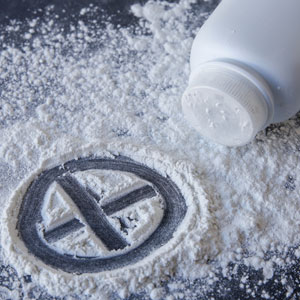 An Alabama law firm that won $127 million in two talcum powder lawsuits says it has gotten nearly 26,000 calls since the verdicts earlier this year.

Beasley, Allen, Crow, Methvin, Portis & Miles says it has 867 cases pending against Johnson & Johnson over its talcum powder products, Alabama Media Group reports. The callers wanted to know more about the link between talcum powder and an increased risk of ovarian cancer, the law firm says.

Jurors in Missouri awarded $55 million in May to a woman who claimed talcum powder caused her ovarian cancer, the National Law Journal (sub. req.) reported at the time. The month before that, another Missouri jury awarded $72 million in another talcum case against the company. Johnson & Johnson maintains talc is safe, and it is appealing both verdicts.

Law.com (sub. req.) reported last month that more than 1,400 plaintiffs have sued in 20 cases filed in St. Louis, where Beasley Allen secured the two jury verdicts. About 25 cases have been filed in federal court, where plaintiffs lawyers “are engaging in legal fisticuffs with one another” over whether the suits should be consolidated into multidistrict litigation, according to the story.