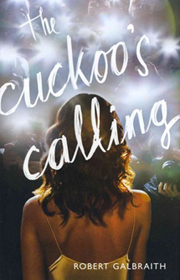 Corrected: A partner in a London entertainment law firm has admitted that he inadvertently outed J.K. Rowling, the author of the mega-selling Harry Potter children’s book series, as the pseudonymous writer of the mystery novel The Cuckoo’s Calling.

Partner Chris Gossage of Russells told his wife’s best friend, who posted the information on Twitter, reports the Associated Press. Its article relies on the Sunday Times (sub. req.), which first revealed Rowling’s authorship of the new book.

Russells apologized “unreservedly” to Rowling in a written statement and said Gossage had made a mistake but noted “the disclosure was made in confidence to someone he trusted implicitly.” The firm said it informed Rowling and her agent as soon as it found out about the leak.

Sales of the acclaimed mystery novel, whose purported author was former soldier “Robert Galbraith,” shot up after the revelation and is now on best-seller lists, with another 300,000 copies ordered by the publisher.

However, Rowling is not happy about the slip-up and said she had been wondering for days why a woman she had never heard of was privy to a secret unknown to all but a very few of those closest to her.

“To say that I am disappointed is an understatement,” she said in a written statement provided by her publicist. “I had assumed that I could expect total confidentiality from Russells, a reputable professional firm, and I feel very angry that my trust turned out to be misplaced.”

The BBC News and Reuters also have stories.

Corrected on July 19 to say that Gossage told his wife’s best friend directly, as cited by other coverage.