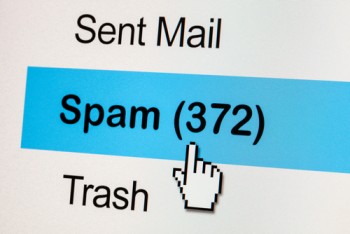 A Florida law firm’s failure to appeal an order assessing attorney fees doesn’t constitute excusable neglect when its email system apparently perceived the order to be spam and erased it, a Florida appeals court has ruled.

The Aug. 10 decision by Florida’s First District Court of Appeal is being touted as a cautionary tale for lawyers, Law.com (sub. req.) reports.

The law firm, Odom & Barlow, had asked the trial judge to re-enter the order assessing attorney fees so it could file an appeal within the deadline. After a hearing that included testimony by information technology experts, the trial judge refused. The appeals court affirmed.

Among the experts who testified was William Hankins, who said he provided IT consulting for Odom & Barlow beginning in 2007. He said the law firm’s email system was configured to drop and permanently delete spam emails without alerting the recipient.

Hankins recommended against this configuration because the email system could identify legitimate emails as spam. He recommended that the firm use a third party to handle spam filtering, but the firm rejected the proposal because it didn’t want to spend the money.

Other experts said the order assessing attorney fees was apparently received by the law firm’s server, and could have been deleted as spam as a result of the email system’s configuration.

“Based on this testimony,” the appeals court said, “the trial court could conclude that Odom & Barlow made a conscious decision to use a defective email system without any safeguards or oversight in order to save money. Such a decision cannot constitute excusable neglect.”

The amount of attorney fees at stake is as high as $1 million, the Pensacola News Journal reports.

The law firm didn’t immediately respond to a request for comment.