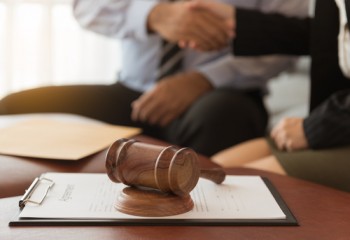 Minority law school enrollment recently topped 30 percent, but law firms are not making substantial progress in hiring and promoting minority lawyers, according to a Law360 survey.

Nearly 85 percent of lawyers at more than 300 firms surveyed are white, “a number that has not meaningfully budged over the past three years,” according to a summary of the findings. The Law360 story on the findings is here (sub. req.).

The survey found that only 15.3 percent of lawyers and 8.8 percent of partners identify as a lawyer of color. Among equity partners, 7.9 percent identified as minorities. At every level, minority representation grew by less than a percentage point over the previous year.

Among law firms with more than 600 lawyers, the best for minority lawyers are Lewis Brisbois and White & Case (tied for first); Wilson Sonsini; Morrison & Foerster; and Paul Hastings.

For firms with 300 to 599 lawyers, the best are: Fenwick & West and Fragomen Del Rey (tied for first); Finnegan; Debevoise & Plimpton; Fish & Richardson; and Shearman & Sterling.

Among firms with 150 to 299 lawyers, the best are: Atkinson Andelson; Procopio Cory; Curtis Mallet-Prevost; Knobbe Martens; and Shutts & Bowen.

For firms with 20 to 149 lawyers, the best are: Bookoff McAndrews; Berry Appleman; Russ August; Linebarger; and Roig Lawyers.