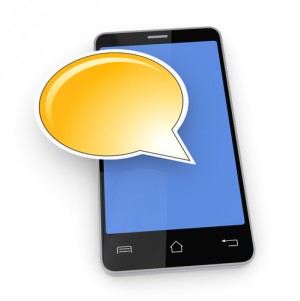 Rejecting a recommendation by an advertising subcommittee, the Florida Bar’s board of governors has OK’d the use of cellphone text messages for advertising law firm services to prospective clients.

Florida is only the second state in the country to give the green light to lawyers to use texts for advertising purposes, the Daily Business Review (sub. req.) reports. Ohio was the first.

Text ads, which are considered by the bar to be simply another form of written advertising, must comply with the same legal ethics rules as other ads. Because texts have been deemed to fall within the existing scheme of bar advertising rules, the OK by the board of governors on July 24 was effective immediately and state supreme court approval is not required.

Among the young lawyers who pushed for text-ad approval was Jacob Stuart Jr. of the Traffic Knights law firm in Orlando. He also has a software company, and he says his software can obtain cellphone numbers of Florida drivers who have been ticketed and determine whether they get free texts from their cell service providers.

“There were 270,000 traffic tickets issued in Orange County last year, and 81 percent of those people did not have representation,” Stuart said. “There’s a market no one is touching, and it’s a market of working-class people.”

Attorney William Davis, who serves on the bar’s board of governors, voted against allowing text ads, the Daily Business Review reports.

“I think texting is more like an in-person communication,” the Dobson Davis & Smith attorney said. “It should only come from someone you know and to whom you’ve given your cellphone number.”