Law grad who sued for right to marry his laptop loses in one court, gets second chance in another 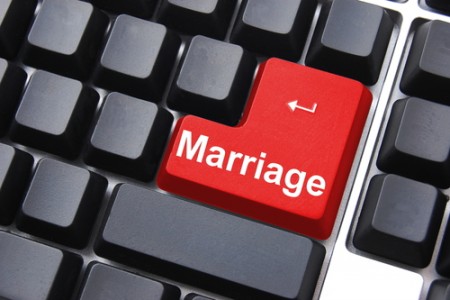 A former Tennessee lawyer who sued for the right to marry his laptop won’t be able to pursue his case in Kentucky federal court, but he will get another chance in Utah federal court.

The plaintiff, Chris Sevier, is former lawyer and Vanderbilt law graduate, according to prior coverage by the Daily Beast and Raw Story. According to the Daily Beast, Sevier “has a long history of bogus legal actions” designed to undermine same-sex marriage.

Sevier has filed cases in five courts, all with similar allegations, according to Liberty Counsel, which does not support the right to same-sex marriage. His law license in Tennessee was transferred to disability inactive status in 2011.

In another ruling last week, U.S. Magistrate Judge Evelyn Furse of Utah allowed Sevier to amend his suit, Fox 13 Now reports in a story noted by Above the Law.

The amended complaint may not contain “conclusory allegations and extended legal and philosophical arguments” that don’t advance Sevier’s claims, Furse said. Nor may it include “immaterial, redundant, or offensive language.”

Also, Furse said, Sevier would lack standing under a portion of his proposed amended complaint that seeks a declaratory judgment overturning the Supreme Court decision establishing a right to same-sex marriage.

But other “allegations scattered throughout” Sevier’s proposed amended complaint could give rise to cognizable claims, Furse said. They include allegations that:

• Sevier married a machine in New Mexico, but Utah refuses to recognize the marriage.

• Sevier sought a marriage license in Utah County to marry the machine, but it was refused.

• The court should issue a declaratory judgment on whether he has a constitutional right to marry a machine.

• Polygamists have a constitutional right for recognition of their marriages.

Utah’s governor and attorney general have filed a motion to dismiss. Furse said a number of their arguments will likely apply after the amended complaint is filed.