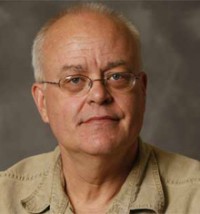 Photo of Garrett Epps from
University of Baltimore faculty page.

There are four categories of Supreme Court justices, a law professor asserts, and Justice Antonin Scalia is moving out of the “influences” category.

Writing in the Atlantic, University of Baltimore law professor Garrett Epps delineates his four categories. There are “solid votes” such as Justice Clarence Thomas whose position is clear but not influential. There are swing votes such as Justice Anthony M. Kennedy. There are playmakers such as former Justice William Brennan who put together coalitions. And there are influences who reshape the law with their force of argument.

Scalia has been an influence, shaping three decades of law, but that may be changing, Epps says. “October 1 may be the first day of the post-Scalia era,” he writes. He believes Chief Justice John G. Roberts Jr. and Samuel A. Alito Jr. are embracing new philosophies.

“Today I wonder whether Scalia is becoming a solid vote—sort of a Clarence Thomas who talks,” Epps writes. “ ‘Originalism’ as a judicial philosophy is hitting its sell-by date. It was born in the 1980s to restrain liberal judges; now that the bench has moved to the right, restraint seems somehow less important. Roberts and Alito, at any rate, seem impatient with originalism and eager to move into new areas like libertarian economic thought. They are glad to get Scalia’s vote, but less interested in his routines from old-time radio.”

In Epps’ view, Roberts is ascendant. “Though the faces will be the same, the court that appears from behind the curtain on October 1 will not be the one that vanished behind it on June 28,” he writes. “The last rerm will have rearranged relationships, alliances, and lines of power. The court is now, in fact as well as name, the Roberts Court. The chief justice is the premier player both sides must deal with.”