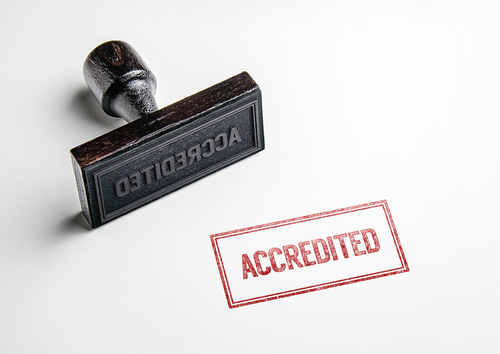 “Bar passage is necessary, but not sufficient. In a market where there are persistently more law school graduates than available law jobs, the qualifications for employment may be higher, and the level of preparation thus required will be greater,” writes Norberg, a law professor at Florida International University who also serves on the Standards Review Committee of the ABA’s Section of Legal Education and Admissions to the Bar. Additionally, he was the section’s deputy managing director from 2011 to 2014.

Norberg suggests an accreditation standard where a law school would be required to show that in two out of its last five graduating classes, at least 60 percent of the graduates have full-time, long-term, bar-passage-required or JD-advantage jobs at 10 months after graduation. In lieu of that, he writes, a law school could be in compliance with the standard if 75 percent of a graduating class had full-time, long-term JD-required or JD-advantage jobs 22 months after graduation.

In an email, Norberg said he is not speaking for the section, or its standards review committee, in the piece.

“I would say that my proposal is a serious one, but more importantly, I hope it will spark more conversation about real changes that will meaningfully address the very large problems of too many grads, too few law jobs, and tremendous debt,” he wrote.

Norberg also advocates narrowing the current definition of JD-advantage jobs to eliminate counting placements “for which students would qualify with a master of law degree.” And he suggests that part-time employment and solo practice should not be considered qualifying employment for the standard.

“If one accepts the premise that the large majority of law students attend law school in order to practice law, the case for an employment rate standard that requires law schools to demonstrate that outcomes align with objectives is straightforward,” the paper states.

In February, the council of the legal education section presented the ABA House of Delegates with a proposal to simplify the bar passage requirement in the law school accreditation standards. It would require a law school to show that at least 75 percent of its graduates who took a bar exam within two years of their graduation passed. However, the House of Delegates sent that proposal back, and it is still under council consideration.

Responding by email on Wednesday, Barry Currier, the ABA’s managing director of accreditation and legal education, said, “Scott Norberg worked as the deputy in the managing director’s office for a number of years. He is well-informed on the issues that he is exploring. That said, the matter of a new accreditation standard based on employment outcomes is not on the work agenda for the 2017-2018 year that the council has approved.”

Most ABA-accredited law schools report strong legal employment rates, Norberg writes, but some repeatedly place less than 40 to 50 percent of graduates in jobs within 10 months of graduation. Out of 16 law schools Norberg examined with repeatedly weak graduate employment outcomes over the past six years, he found that most had admissions plans designed to minimize a reduction in enrollment without regard to the impact on employment outcomes.

Definite conclusions about the value of a law degree are not possible without more data on law school graduate earnings and loan repayment, according to Norberg, but it seems the degrees may not be as valuable as they used to be. There are now more law graduates than legal jobs available, Norberg writes, and in the past 15 years, many first-year lawyer salaries have either deflated or stayed stagnant.

“Furthermore, the available data cast considerable doubt on whether the law degree continues to yield the large earnings premium attributed to the law degree versus a terminal undergraduate degree for a large majority of law school graduates,” the paper states. “At the same time, there is no basis to conclude that law school today is an investment that enables most students at every law school to repay their law student loans.”