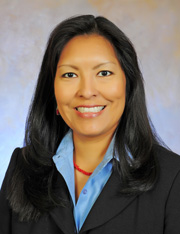 The U.S. Senate on Wednesday confirmed three nominees to federal judgeships, including a former prosecutor who will be the first Native American woman to serve as a federal judge.

A member of the Hopi tribe, Diane Humetewa was approved in a 96-0 vote. She is special counsel at Arizona State University and a law professor at ASU’s Sandra Day O’Connor College of Law. She previously was U.S. Attorney for Arizona and an appellate judge for the Hopi tribe. The Associated Press, the Republic and Courthouse News Service have stories.