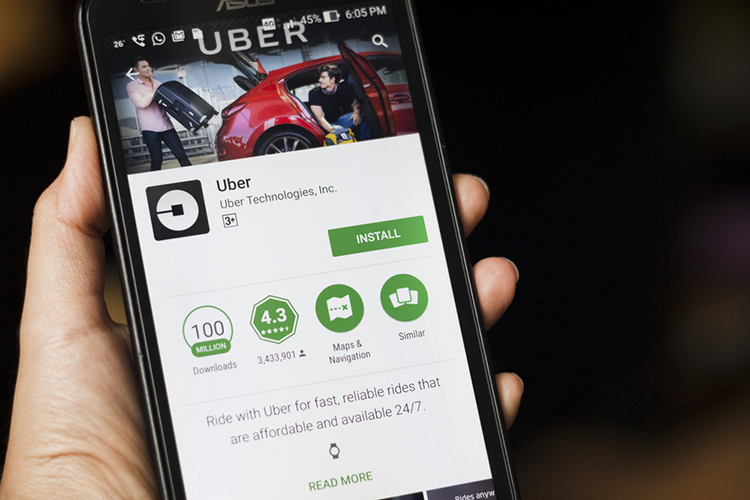 A law professor said an Uber driver tried to take her to a hotel against her will on her way to the airport.

Nancy Leong, a professor at the University of Denver Sturm College of Law, described Tuesday’s incident through a series of posts on her Twitter account and called on Uber to take action. USA Today, the Huffington Post and Denver7 also have stories.

Leong said the driver exited the highway saying he was going to take her to a hotel. According to her tweets, when the car stopped at a red light at the bottom of a highway ramp, she started screaming “let me out of the fucking car” and pounded on the windows. The driver did not unlock the doors until nearby construction workers noticed her. She got out and called another Uber to take her to the airport—the construction workers waited with her.

“I think it probably goes without saying that I am uncomfortable with this person having my home address, which is where he picked me up. I’d like to know what you’re going to do about this,” Leong said in a tweet. She added that the driver did not look like the picture in his profile.

Uber has an incident response team to address any urgent issues and contacts the rider and driver when an incident is reported. The company said it has removed the driver’s access to the app and is ready to work with police should they become involved.

“What Nancy described is awful and unacceptable. This driver has been blocked from the app and we are investigating,” Uber said.

Two unnamed women filed a proposed class action suit against Uber in November 2017, accusing the company of poor driver vetting that has led to female passengers enduring sexual harassment and even rape.

Uber announced last week on its website that it will soon include a new emergency button that will allow passengers to call 911 from the app.

The Denver Police Department told the ABA Journal on Thursday that Leong has not filed a police report.

Hey @Uber your driver was taking me to the airport. He said he was going to “take me to a hotel” and got off the highway. We got to a stop light. I started yelling “let me out of the fucking car” and he wouldn’t unlock the doors.