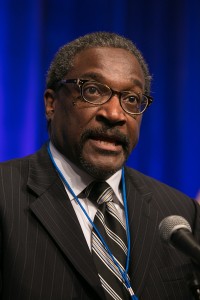 A six-year odyssey by the ABA Section of Legal Education and Admissions to the Bar to revise the standards and procedural rules it uses in the accreditation process for U.S. law schools finally reached a happy ending Monday in the association’s House of Delegates.

Well, almost. The House concurred in all the revisions to the ABA Standards and Rules of Procedure for Approval of Law Schools except for one. During its review, the Legal Education Section’s council let stand a comment to Standard 305, which said that a law school may not grant credit to a student for participation in a so-called field placement program for which the student also receives compensation. But in a voice vote, the House referred the provision back to the section for reconsideration after representatives of the Law Student Division made some very eloquent objections to it.

But considering the delicate issues that were included in the section’s review of the standards—only relative changes were made in the rules of procedure—the revisions breezed through the House unscathed. Besides Standard 305, the only other subject of debate was Standard 206, which requires law schools to “demonstrate by concrete action a commitment to diversity and inclusion by providing full opportunities for the study of law and entry into the profession by members of underrepresented groups, particularly racial and ethnic minorities.”

There were some rumblings of dissatisfaction in the House over the fact that the standard was not revised to include sexual orientation and disability to the list of underrepresented groups, but the House voted to concur in the section’s revisions after Mark Agrast of Washington, D.C., who chairs the Commission on Disability Rights, said the commission and section are planning to discuss the possibility of including those groups at a later time.

Outgoing section chair Solomon Oliver Jr. strongly endorsed the plan to continue discussions about possible further changes to the diversity standard. “This was a process that was not taken lightly,” he told the House. Oliver is chief judge of the U.S. District Court for the Northern District of Ohio.

Because of the unique standing of the Legal Education Section Council as the entity recognized by the U.S. Department of Education as the accrediting agency for programs in this country that lead to a JD degree, the House of Delegates is not empowered to approve or reject council actions relating to the accreditation standards or procedural rules. Instead, the House may either concur with a proposed change or refer it back to the council for reconsideration. But the House may only refer a matter back to the council twice, and the council has the final say on any changes in the standards and rules.

The review process, which covered the standards and rules in their entirety, began in 2008. Much of the work was done by the Standards Review Committee, which held 23 public meetings—the last one was in April—met with representatives of various interest groups and did extensive drafting work. The committee’s recommendations were then considered by the council, which approved revisions at its meetings in March and in June of this year. 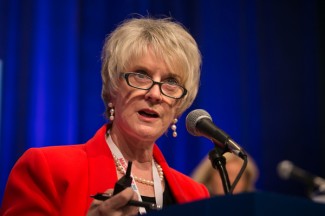 The standards leave room for law schools—the section has accredited 203 institutions (three provisionally)—to develop and implement their own policies and programs as long as they are within the parameters of the standards, said Ruth V. McGregor, a retired justice on the Arizona Supreme Court who is one of the section’s representatives in the House of Delegates.

McGregor noted that, as revised, the standards will require law schools to give students more experiential training, and results of the teaching process at each school will be measured on the basis of outcomes, such as bar passage rate, rather than inputs, such as library and other support facilities. The council also decided to retain existing Standard 405, which is widely understood to require that schools adopt some form of tenure system for their faculties, after flirting with some possible new approaches to employment security. The council also approved a change that will permit a law school to fill up to 10 percent of its entering class with students who haven’t taken the Law School Admission Test.

McGregor said that accrediting bodies recognized by the Department of Education must undergo comprehensive reviews every 10 years, so the next one is already on the horizon for the Legal Education Section. Moreover, ongoing changes in legal education mean it’s unlikely the section can stand pat with the standards even with the recent revisions. The ABA’s new Task Force on the Financing of Legal Education held a day-and-a-half of meetings in Boston in efforts to start getting a handle on why law school tuition and student debt are skyrocketing. And the House heard a panel presentation titled “Legal Education: The States Get Involved.” The message was that even more changes in legal education are on the way, especially as the result of globalization in the legal profession.