Why are law deans not fired after investigations find misconduct with women?

Of the three law school deans who recently stepped down after sex harassment allegations—two of whom who received sexual harassment findings, while another dean’s conduct was found to be bullying—none lost their jobs immediately, despite criticism from students and alumni.

The reason for that is twofold, says Saundra Schuster, an attorney at the NCHERM Group in Pennsylvania who does risk management work with universities. It’s easier and cheaper to pay these deans for a year than defend the lawsuits they’d likely file if they were fired, she explains, and most academic-track administrators have tenure as part of their employment contracts. Firing someone with tenure is almost impossible, Schuster says.

Others say there’s a culture at law schools where even if everyone knows a professor sexually harrasses students, little if anything is done to stop it. Despite the public’s growing disapproval of sexual harassment and the negative press universities receive when their law school deans are accused of the misconduct, Schuster says that it’s unlikely schools with tenure will add evidence of sexual harassment as a deal-breaker for the agreements.

“Being a tenured faculty member is so ingrained in the hearts of faculty, particularly at high-level universities that would have law schools,” she says.

Northern Kentucky University’s Jeffrey Standen is the most recent law school dean to step down after sexual harassment allegations made by three female employees, two of whom were students. The school’s provost found that there wasn’t enough evidence to make a sexual misconduct finding, but she did find sufficient evidence to support a finding of fear, intimidation and bullying. Standen accepted a full-time teaching position with the school, which starts in the fall.

In a letter to the Cincinnati Enquirer, Standen denied the allegations that he looked down an employee’s dress, adjusted his crotch in front of people and stared at women shelving books in his office.

“I have always treated women with the utmost respect, and always will. It pains me deeply that these co-workers felt disrespected in any way,” Standen wrote in the letter. The letter did not address allegations that he repeatedly asked for hugs, and made female students pick up pencils or other objects he dropped.

Sujit Choudhry, the former law school dean of University of California at Berkeley, stepped down in March 2016 after Tyann Sorrell, an executive assistant, filed a sexual harassment lawsuit against him and the university. A 2015 school investigation found that he repeatedly kissed the employee on the cheek, which violated university policy and showed a lack of judgment.

In April 2016 he filed a grievance with the school’s privilege and tenure committee, arguing that administrators launched a second investigation, with the goal of taking his tenure. Choudhry claimed that colleagues, not administrators, have the authority to determine whether he violated the university’s faculty code of conduct. The parties reached a settlement agreement, which allows Choudhry to be on unpaid sabbatical leave from May 31, 2017, to May 31, 2018, a school spokesperson told the ABA Journal.

Like Standen, Choudhry wrote to a newspaper about his experience.The writing started with an acknowledgement that some students expressed concern that he was still on campus, and asserted that when the executive assistant told him in an email that she was uncomfortable with his conduct, he immediately stopped the behavior in question.

“Let’s be clear: Sexual violence of all forms is horrendous and never, ever acceptable. I share and agree with your instinctive reaction to protect and support victims of sexual predation everywhere. Let’s also be clear on this: I acted with no sexual intent toward Ms. Sorrell. I am not a predator and have never been accused of being one until now,” Choudhry wrote in a September 2016 opinion piece that appeared in the Daily Californian.

Eric Dannenmaier, the former dean of Northern Illinois University College of Law, resigned from the position in June, after a Title IX investigation that found it was more likely than not he sexually harassed employees. According to the investigation memo, which was posted by the Daily Chronicle, he asked an employee if she had “engaged in sexual experimentation with females,” suggested that he was “good with [his] mouth” in a sexual way and asked her how often she had sex.

The university entered a resolution agreement with Dannenmaier in July, agreeing to pay him $95,000, and allowing him to have an off-campus research assignment at the university until Dec. 31.

“I will likely never understand how they could interpret any of my words or actions as creating a hostile work environment or what motivated the complaint months after the communications alleged,” Dannenmaier wrote in his resignation letter.

Law school deans are under a significant amount of stress, and there’s often a distrust among faculty about school sexual harassment investigations, says Raymond D. Cotton, a partner at Nelson Mullins in Washington, D.C., who represents college administrators. 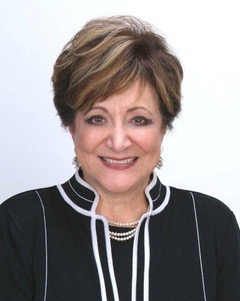 Tenure was created because academia had a desire to protect professors’ free speech rights, Cotton says. Schuster says that it’s impossible to remove someone with tenure unless the person is engaged in “egregious behavior.”

Cotton says: “The higher you go in academics, the more stress you are under. People under stress will crack at some point, and we have to recognize that, and provide help.”

Being sexually harassed is also extremely stressful, says Robin Runge, an adjunct professor at George Washington University Law School. She says tenure protections aren’t the problem: It’s that many students who experience sexual harassment don’t report it because they fear retaliation and want to practice law in an area where the person harassing them is respected.

Even when the incidents are reported and investigated by schools, Runge says, that rarely leads to any action being taken.

“I am surprised that any of the law professors were held accountable by either being fired or forced to resign,” she adds.

Many academics talk to each other about people who make sexual harassment allegations on campus, and the discussion is frequently negative, says Jennifer Drobac, a law professor at the University of Indiana’s Robert H. McKinney School of Law who studies sex harassment and has written a legal textbook on the subject.

“The problem is that most universities don’t have the guts to terminate these people, typically men, who are engaging in this behavior,” Drobac says. “They will often rotate them out of administration and back onto the faculty.”

She also questions the notion that tenure always protects academics when it’s been found that they likely engaged in sexual harassment.

“I think universities can withdraw jobs, even with tenured professors, because tenure does not give license to a violation of the law. If you break the law, you can lose your job, even if you are a tenured professor,” she says. “I would encourage universities to understand that when a professor or a dean violates the law, the university is completely within its rights to terminate the employment of that person.”