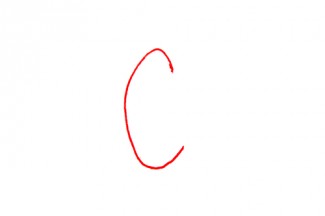 In fact, he thinks they should be substantially eliminated at law schools, the Wall Street Journal Law Blog (sub. req.) reports. In a paper set for publication in the University of San Francisco Law Review, Silverstein says U.S. law schools should set their required grade point average for good academic standing at the B- level, giving C grades only for unsatisfactory performance.

Silverstein says many law schools ranked in the top tier by U.S. News have essentially eliminated the use of C grades, while fourth-tier schools award large numbers of Cs, often under policies that encourage or require it. At Whittier Law School, for example, at least 70 percent of the grades awarded in first-year doctrinal classes are required to be at the C range or below.

Schools in the third tier “grade somewhat more generously than their fourth-tier counterparts,” but most still award a large number of grades below B-, Silverstein says. Second-tier schools fall into two camps, some grading like first-tier schools and some like third-tier schools.

Grading systems are beginning to change, however, as many law schools changed their grading policies to raise job prospects for graduates. All law schools should join the trend, he argues.

Silverstein sees two problems with law school grading systems that require or encourage law professors to award a significant amount of grades in the C range.

“First, low grades damage students’ placement prospects,” Silverstein writes. “Employers frequently consider a job candidate’s absolute GPA in making hiring decisions. If a school systematically assigns inferior grades, its students are at an unfair disadvantage when competing for employment with students from institutions that award mostly As and Bs.

“Second, marks in the C range injure students psychologically. Students perceive Cs as a sign of failure. Accordingly, when they receive such grades, their stress level is exacerbated in unhealthy ways.”