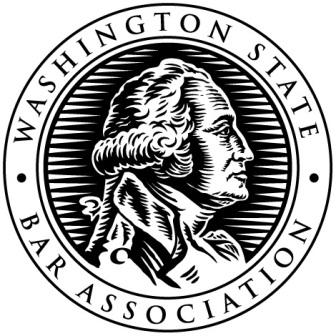 Tarra Simmons, a third-year law student, convicted felon and former drug addict who in December won a Skadden Fellowship to help people recently released from prison, did not have her character and fitness review approved by the Washington State Bar Association.

A registered nurse for 11 years, Simmons reportedly became addicted to prescription drugs and methamphetamine after her father died, as self-medication for depression. In 2011, she was charged with felony theft, drug possession and gun possession. She pleaded guilty to the drug and theft charges and served 20 months in state prison.

“I understand the bar’s concerns because I have made some serious mistakes in my past. I respect the individuals on the board and I respect the process,” Simmons, who is graduating from Seattle University School of Law on Saturday, told the ABA Journal in an email. “I hope to use my experiences and achievements to assist former justice-involved individuals by offering them a lawyer who has lived their experience. As an attorney who brings that background, they can relate and trust me to assist them to overcome barriers and rejoin society.”

Attorneys who helped Simmons with her home foreclosure, debt and family law issues encouraged her to become an attorney, according to the Northwest Public Radio piece. She cannot sit for the Washington Bar without a character and fitness recommendation.

Jean McElroy, the bar’s general counsel, told the station that generally speaking, the character and fitness board looks at the seriousness of conduct in question, and when it took place.

Simmons, 39, plans to request review from the Washington Supreme Court. It’s possible that the court could reach a different decision than the state bar, but unlikely, says Thomas Fitzpatrick, a Seattle attorney and a member of the ABA Center for Professional Responsibility.

“The supreme court is very tough on admissions,” Fitzpatrick, who currently chairs the ABA’s Committee on Scope and Correlation of Work, told the ABA Journal. It’s not uncommon for a candidate to make it through the character and fitness board, and then have their application dinged by Washington Supreme Court, he says, adding that candidates with less serious offenses, like shoplifting, have been denied character and fitness recommendations.

“I would be very surprised if there’s an admission,” Fitzgerald said when asked about Simmons.

Even if Simmons does not get admitted to the bar, she can keep her Skadden Fellowship, foundation director Susan Plum told Northwest Public Radio. The awards, funded by the law firm Skadden, Arps, Slate, Meagher & Flom, pays recipient’s salary and benefits for two years. If a fellow is not covered by a law school low-income protection plan, Skadden will pay part of his or her law school loans during the fellowship. Simmons’ fellowship will be administered by the Public Defender Association.

“If she has rehabilitated herself and is doing things she needs to do to prevent relapse, this sounds like somebody who would be an asset to the profession,” Patrick Krill, a lawyer and addiction counselor, told the ABA Journal.

“The choice was an easy one. In fact, it is Tarra’s lived experiences and the way in which she has made restitution and rebuilt her life that make her such a powerful and passionate advocate for justice-involved individuals who are seeking to re-enter society,” Clark wrote in an email to the ABA Journal. “I look forward to the proud day when Tarra can take her place within the Washington State Bar. We need her.”

“You need to be willing to show that you are clear what you did was wrong, and what you’ve done since then to show that your life is different,” says Harrell, also the executive director of the Indiana Judges and Lawyers Assistance Program. “I do think that because we’re involved in the legal system, there’s a more negative view of someone who got in trouble with using illegal substances.”