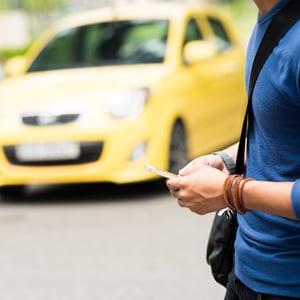 Walking while talking or texting on a cellphone can be dangerous, a New Jersey state assemblywoman says.

So Pamela Lampitt wants her fellow lawmakers to make distracted walking a crime, with the same penalties as for jaywalking.

Those who cross the street with an electronic device in hand while talking or texting could face a $50 fine and up to 15 days in jail under a bill introduced last week by the Camden Democrat, according to New Jersey Advance Media and Philly.com.

However, getting the legislation enacted could be an uphill battle. Similar proposals have been rejected in Arkansas, Illinois, Nevada and New York in recent years, although Hawaii is considering a bill that would impose a maximum fine of $250. According to the National Conference of State Legislatures, no states have enacted such a law, the Associated Press reports.

Pedestrian fatalities are on the rise, but it’s unclear whether electronic-device use by walkers is as much a problem as distracted drivers. Hospital statistics show nearly 80 percent of pedestrian injuries are caused by distracted walking. Yet a National Safety Council report cited by Lampitt found that almost 80 percent of about 11,100 cellphone-related distracted walking injuries between 2000 through 2011 resulted from a fall, and another 9 percent occurred because the pedestrian hit a stationary object, according to the Associated Press and the New York Daily News.

“An individual crossing the road distracted by their smartphone presents just as much danger to motorists as someone jaywalking and should be held, at minimum, to the same penalty,” Lampitt said in a news release.

WISH: “Study: Smartphones to blame for many pedestrian traffic fatalities”