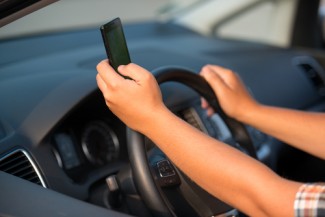 Some say distracted driving by those who are texting behind the wheel is every bit as dangerous as drunken driving.

Enter the “textalyzer.” This piece of technology—which is still under development—would be to the distracted driver what the breathalyzer is to those who have had a few too many—a device used by police to determine whether there is cause to proceed with a criminal case.

Under what is reportedly first-of-its-kind legislation, New York lawmakers are being asked to consider a Senate bill that would authorize textalyzer use by police at the scene of accidents, according to the Ars Technica.

Known as Evan’s Law, the proposed legislation was spearheaded by the father of 19-year-old Evan Lieberman, who died in a 2011 crash his family blames on an allegedly distracted driver. Although the driver said he had fallen asleep at the wheel, discovery in the civil suit Lieberman’s family filed showed “a lot of phone activity,” the dead man’s father, Ben Lieberman, told CBS New York.

The family had to pursue its own investigation to find this out, but “what we learned was that police were not to blame,” Lieberman said. “There is no protocol for police to investigate at the scene of the accident.”

Hoping to alleviate privacy concerns, Lieberman and others emphasize that the textalyzer will only look at phone usage, not its content.

Under the bill, which is currently before the New York Senate Transportation Committee, motorists would be deemed to have given implied consent to the textalyzer test, in case of an accident. Those who refused would lose their driving privileges.