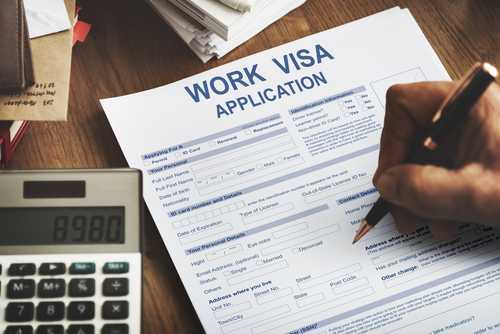 A lawsuit filed in D.C. federal district court last week alleges that the federal government is deliberately slowing down processing of applications for an immigration program it has already attempted to cancel.

Bloomberg Law reported Friday on the lawsuit from four spouses of H-1B visa holders, alleging that their applications for work permits are being handled so slowly that they’re at risk of losing their jobs after their current permits expire. That’s despite the fact that the approval process for the permits had been relatively quick before.

“The agency is intentionally screwing these people over,” their attorney, Jonathan Wasden of Fairfax Station, Virginia, told Bloomberg. The other attorney on the case is Steven Brown of Texas immigration law firm Reddy & Neumann.

H-1B visas are temporary work visas for skilled workers from other countries and are widely used in some parts of the technology industry. The work permits, called Employment Authorization Documents, are for spouses who hold H-4 visas.

The lawsuit comes more than two years after United States Citizenship and Immigration Services signaled that it was considering modifying or ending the work permit program. The agency was sued in 2015 by plaintiffs alleging that the work permits created more competition for jobs and were not authorized by any statute. An earlier article from Bloomberg says a 2017 filing in an appeal of that lawsuit, Save Jobs USA v. DHS, asked to delay oral arguments while USCIS considered revising the rule; DHS indicated in late 2017 that it planned to end the permits. A February article from Bloomberg said the rules went to the White House for review that month.

These changes have caused delays of up to 8 1/2 months for the H-4 visas and five months for the work visas, the lawsuit alleges. The individual plaintiffs in the lawsuit have been waiting an average of 78 days, the lawsuit says. One plaintiff has been on unpaid leave from his job since March because of the delay in his application; others face losing their jobs or job opportunities, which puts them at risk of losing income, health insurance and in one case, a home. The lawsuit alleges that this is because the federal government has unreasonably delayed agency action under the Administrative Procedure Act.

“Defendant has intentionally delayed the processing of H-4 applications that are filed with H-1B petitions in a completely arbitrary and capricious change in adjudication policy,” the complaint alleges.

Bloomberg did not include any comment from the federal government.

The Save Jobs USA lawsuit is pending before the D.C. Circuit Court of Appeals, which is considering whether the district court properly dismissed the case for lack of standing.