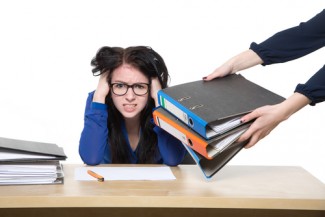 Law firms will be able to easily absorb higher expenses driven by a talent war because of strong revenue growth in 2021, according to the 2022 Citi Hildebrandt Client Advisory released Thursday.

Average revenue growth for the first nine months of the year is expected to be 14.7% higher than the same period of 2020, according to the report, available here, by Citi Private Bank’s Law Firm Group and Hildebrandt Consulting.

“2021 has unmistakably been a year of strong growth for all segments of the industry,” the report said. “We expect to see some of the strongest net income and profit per equity partner (PPEP) results on record.”

Demand was up 6.6%, rates increased 6.5% and the collection cycle shortened by 2.1%. The growth in demand was driven largely by work in mergers and acquisitions, finance and capital markets and litigation activity.

“In this strong demand growth environment, there are not enough lawyers to handle the rising tide of work, with total lawyer head count growing just 0.7%,” the report said. “Indeed, productivity was up 6.1% for the first nine months, making burnout a real issue for many firms where productivity was already high.”

So far, the talent war has resulted in a 14% increase in compensation expenses, which are the primary driver in overall expense growth of 8%.

The report noted a near-even split between law firms that increased head count (54%) and those that saw a decline in head count (46%).

Ninety-three percent of law firms plan to boost their associate head count next year, while 63% plan to increase the number of income partners and counsels, according to a prior survey of law firm leaders cited in the report.

Law.com, Bloomberg Law and Reuters have coverage of the report.