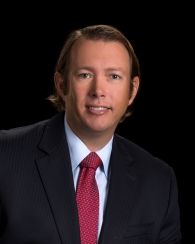 The Florida Bar has opened an ethics probe of a lawyer who posted a video to Facebook showing a frightened raccoon tumbling into the water from his boat.

The video shows the raccoon treading water as someone yells, “So long, sucker!” The Tampa Bay Times, WFLA 8 and the Orlando Weekly have coverage.

The bar is investigating lawyer Thomas Cope of Clearwater, according to the Tampa Bay Times. The Florida Fish and Wildlife Conservation Commission said it is also investigating, and it “takes this very seriously.”

Cope has issued an apology that said the raccoon was a stowaway on his boat and he feared the animal could be rabid. The boat was 20 miles from shore when the raccoon came out of hiding, according to a caption to the video.

The video shows someone yelling at the raccoon to get off his boat as the animal scurries about. The raccoon looks at the camera before plunging into the water.

“I apologize for my actions on the boat earlier this week. I sincerely wish there was some way I could have safely returned to shore to release the raccoon,” Cope said in the statement.

“The animal was running around the boat hissing and growling, making it impossible for me or my friend to drive the boat,” he said. “Knowing raccoons can be rabid and unpredictable, the only realistic option we could think of in that moment was to get the raccoon off the boat.”

Cope started his career as a prosecutor then worked five years for a Florida insurance defense firm, according to his law firm bio. He is currently a personal injury lawyer with Cope, Zebro & Crawford.

The blog Above the Law expresses sympathy for Cope’s predicament. Ideally, he would have come up with a plan to trap the raccoon, the blog says. “But I’m not sure it’s fair to fault this guy for not coming up with the best plan while a furry rabies vector ran around his boat.”