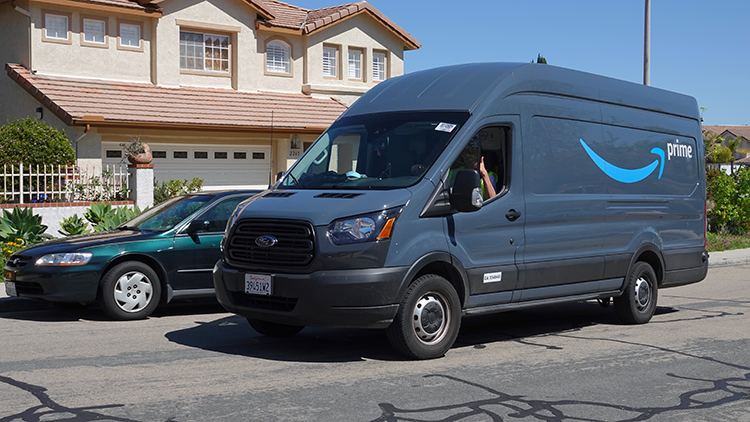 A Massachusetts lawyer is suing Amazon for $150,000 because its delivery drivers allegedly blocked his car, causing “loss of freedom of mobility, anxiety, humiliation.”

Matthew Donnelly of Hull filed the pro se complaint on Sept. 24, the Patriot Ledger reports in a story noted by Yahoo Finance.

A listing by the Massachusetts Board of Overseers says Donnelly works at the Law Office of Matthew J. Donnelly in Hull, and he was admitted to the bar in June 2000. But he was working as a ride-share driver when the incident occurred on Sept. 7.

According to Donnelly’s lawsuit, Donnelly had a passenger in his car in the parking lot of the Silver Lounge restaurant and was ready to depart when the Amazon delivery van stopped directly behind his vehicle. Two vehicles were parked on both sides of Donnelly and the restaurant wall was in front of him, making it impossible to leave, the suit says.

When one of the two Amazon employees got out of the van, Donnelly informed the employee that he was blocked and there was plenty of room in the parking lot for the van to move. The employee told Donnelly he would have to wait a couple minutes, the suit says.

Donnelly then asked the other employee sitting in the van’s passenger seat to move the vehicle, and he declined, the suit says.

About two to three minutes later the driver returned to the van, and Donnelly told him he intended to file a complaint with Amazon. The employee replied, using the F-word, that his boss wouldn’t care, “and the two mocked Donnelly in front of his passenger as they departed,” the suit says.

The lawsuit alleges wrongful imprisonment, civil conspiracy to commit an unlawful act, and Amazon liability under the doctrine of “caveat superior.”