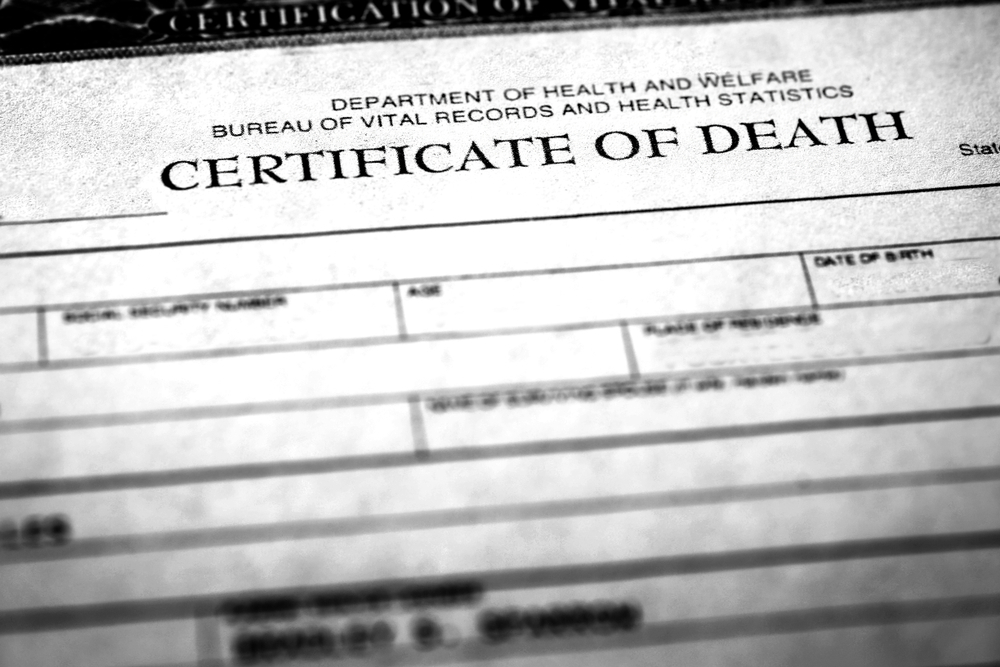 A federal judge in New York has threatened to toss a copyright lawyer in jail if he doesn’t provide proof that there was indeed a death in his family after missing a hearing without prior notice.

U.S. District Judge Cathy Seibel told lawyer Richard Liebowitz that he needs to provide proof of his grandfather’s death and that he will be fined $500 each business day until he provides it. She also ordered Liebowitz to show up for a Nov. 13 hearing to show cause why he should not be jailed until he complies.

Law360 has coverage of Seibel’s Nov. 1 order to show cause, issued after six months of wrangling over the issue.

Liebowitz has filed 2,000 copyright infringement suits in the last four years, according to Law360. He recently asked a different New York federal judge to recuse himself from one of his infringement cases for calling Liebowitz a “copyright troll.” Yet another federal judge ordered Liebowitz to pay his opponent’s attorney fees for failing to comply with court orders for a court appearance and mediation.

The missed hearing before Seibel, a discovery conference, had been scheduled for April 12. Liebowitz told Seibel in an April 15 letter that he missed the hearing because of a death in the family that occurred on the hearing date.

Seibel said she became concerned about Liebowitz’s credibility during an April 18 phone conference. She provided some examples of issues that led to her concern.

Liebowitz promised to produce documents supporting his $5,000 damages calculation if he could obtain a protective order, but did not provide them after such an order was signed. According to the opposing counsel, Liebowitz maintained he couldn’t provide the documents because he was out of the country due to an emergency, when actually he was at a trade show in Europe trying to drum up business.

At that point, Seibel ordered Liebowitz to provide proof of the death by May 1. In a letter dated May 1, Liebowitz said his grandfather died unexpectedly on April 12 and he needed to help make arrangements in advance of the Sabbath.

Seibel told Liebowitz the letter wasn’t responsive to her request and he had until May 3 to supplement his letter with proof such as a death certificate or obituary. The case settled the same day.

Seibel pointed out that Liebowitz still hadn’t provided proof and he had until May 9 to supply it. Liebowitz filed a declaration that day in which he “recertified” his prior statements. Seibel told Liebowitz that wasn’t enough.

Liebowitz filed three more declarations in response to Seibel’s subsequent orders, but did not provide other proof.

Seibel held Liebowitz in contempt of court on Sept. 27 and said that if he did not provide the documentation by Oct. 2, he would be fined $100 each business day that he failed to comply with her order. No payments were made by the Nov. 1 date of Seibel’s order.

Seibel increased the fine to $500 each business day in her order. If Liebowitz doesn’t show up at the Nov. 13 hearing, Seibel said, she will order his arrest without further notice.