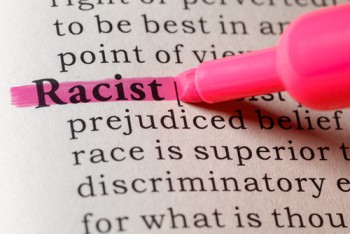 A Virginia lawyer and a Mississippi man are seeking to trademark a variation of the N-word in a bid to control use of the word and thwart racists.

Alexandria lawyer Steve Maynard, a former patent examiner, and Mississippi business consultant Curtis Bordenave filed the trademark applications after the U.S. Supreme Court struck down a ban on registration of disparaging trademarks, report the Washington Post, WUSA9, NPR, Reuters and the Jackson Clarion-Ledger. At least three other people are seeking to trademark the word in certain phrases.

Maynard said he hoped to stamp out hate by getting the rights to it and opening up a discussion. The idea is to turn “hate into hope,” he told Reuters. In an interview with WUSA9, he said he envisions using the N-word with a picture of Martin Luther King, with a question mark underneath.

Maynard has also sought to trademark the swastika and said he hoped to use the name on products such as baby wipes. He also said he could put the swastika on a flag that is too expensive to buy.

Bordenave, who has filed previous trademark applications, told the Post his intent is to “censor” the N-word because of his own experiences as a black man in the South. He said he planned to use the word on products with larger, positive messages such as “unity.”

“We plan on dictating the future of how we define this word,” Bordenave told the Clarion-Ledger.

Gene Quinn, founder of the intellectual property blog IP Watchdog, told the Washington Post that trademarking epithets for a laudable purpose could prove difficult. To maintain a trademark, he said, it must be used in interstate commerce.

It could also be difficult to trademark a swastika because the public has to associate the trademark with the maker of the product, according to the NPR story.

Second paragraph corrected at 9:25 a.m. to state that trademark applications had been filed.