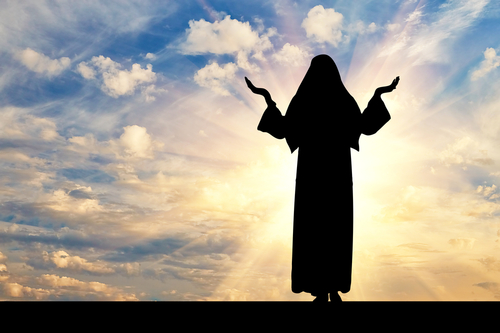 Thanks to a religious fundraising program that helped pay off her school loans, lawyer Tara Clemens has fulfilled her wish of becoming a cloistered Dominican nun with the Corpus Christi Monastery in Menlo Park, California.

Clemens, who practiced law in Alaska, made her first vows in May, and is now known as Sister Marie Dominic of the Incarnate Word, Catholic San Francisco reports.

Formerly an evangelical Protestant, Clemens converted to Catholicism shortly after graduating from at Oregon’s Lewis & Clark Law School, according to a Catholic News Agency article. She became interested in the contemplative life after visiting the Corpus Christi Monastery, but owing $100,000 in student loans held her back.

A fundraising “bootcamp” by the Laboure Society—a Minnesota group that helps people who want to hold religious life positions with the Catholic church, but can’t due to school debt—assisted Sister Marie Dominic resolve her student loan issue. A video of her fundraising efforts, from 2012, can be seen here.

According to the monastery’s website, sisters spend their days praying, reading and doing manual labor. That includes cleaning, cooking and shipping altar bread used for communion.

“As a nun inside the cloister, even though I can never leave, I can embrace the whole world with that love and intercede for the whole world,” Sister Marie Dominic told Catholic San Francisco. She joined the Dominicans in 2014, after practicing law at an all-female firm that she founded, Helzer-Clemens.