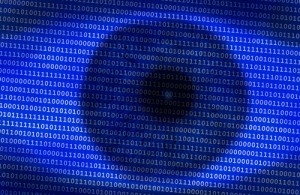 A Tennessee lawyer has been publicly censured for using improper methods to obtain evidence in her divorce.

The Tennessee Supreme Court’s Oct. 17 order (PDF) accepting a conditional guilty plea in the ethics case against Crystal Michelle Goan does not have details, but the Legal Profession Blog links to more information—a decision in a civil suit by Goan’s ex-husband, James Roy Klumb, claiming Goan had violated state and federal wiretap laws by installing spyware on his computer. Courthouse News Service covered the ruling here and the Greenville Sun covered it here.

In the July 2012 opinion, U.S. Magistrate Judge William Mitchell Carter found that Goan had installed eBlaster software on her husband’s computers and imposed $10,000 in statutory damages for violation of wiretap laws. Carter also awarded $10,000 in punitive damages, stemming from broader allegations about alteration of documents.

Klumb had alleged that Goan used the spyware to intercept emails sent to him and altered them to make it look like he was having an affair with the sender. The affair was important, Carter concluded, because of allegations that Goan had altered legal documents so that Klumb was required to pay more money in the divorce if he committed adultery.

Carter said he also considered Klumb’s conduct in the punitive damages calculation, including alleged excessive drinking that caused him to become verbally and physically abusive. Klumb also sent “incendiary text messages” and “popped up in places around town” where Goan could be found, where his conduct included “shooting the bird” at Goan, Carter said.

Carter denied Goan’s motion for a new trial, which was based on an ex parte email sent by Klumb’s lawyer to Carter’s law clerk. The civil suit settled in 2012, according to an Associated Press story about the conviction of Goan’s next husband on a reckless endangerment charge.

A public relations firm released this statement on Goan’s behalf: “Ms. Goan now considers the matter to be concluded. It serves as the last chapter of a long and troubled divorce proceeding from years ago. She is continuing a successful practice of law with offices in both Hawkins and Greene County. She is looking forward to devoting her free time to her daughter and family. Ms. Goan will have no further comment on the matter.”