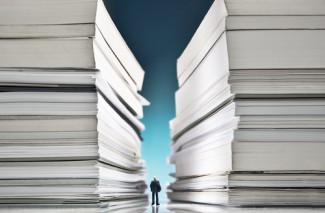 Henig had claimed he did not exercise legal judgment while reviewing documents to determine relevance to a discovery request. He reviewed about 13,000 documents for about two months in 2012 while working as a temporary contract lawyer for Quinn Emanuel, according to Abrams’ opinion (PDF). He made $35 an hour.

“Not all of [document review] is law at its grandest,” Abrams wrote, “but all of it is the practice of law. Mr. Henig was engaged in that practice.”