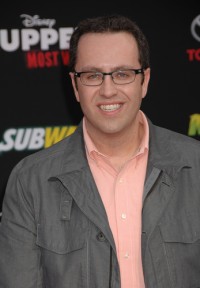 A lawyer for former Subway pitchman Jared Fogle told a federal appeals court on Friday that Fogle’s sentence should be reduced because it was partly based on his fantasies that were never carried out.

The lawyer, Ron Elberger, told the Chicago-based 7th U.S. Circuit Court of Appeals that Fogle’s sentence of 15 years and eight months in prison was flawed, report the Indianapolis Star and Fox 59.

Fogle was sentenced in November after pleading guilty to traveling across state lines to engage in illicit sexual conduct with a minor, and distribution and receipt of child pornography. The plea deal had alleged Fogle traveled to New York City to pay for sex with two minors aged 17 and 16. The deal also said Fogle received videos secretly made by the former leader of the Jared Foundation that showed minors changing clothes or bathing.

Elberger said Fogle fantasized and talked about sex with minors younger than 16, but he didn’t carry out the fantasies. “It was all talk and no substance,”Elberger said. Yet those fantasies were used to justify an enhanced sentence, he said.

Elberger also said Fogle received child pornography, but he was not involved in its production or distribution.