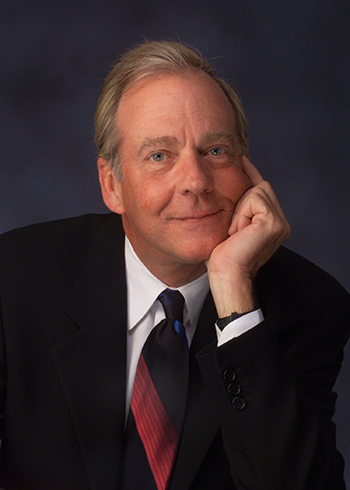 A lawyer for the man dragged from a United Airlines plane said at a press conference on Thursday that his client will need reconstructive surgery and will "probably" file a lawsuit.

Thomas Demetrio, a high-profile personal injury lawyer in Chicago, said his client, David Dao, suffered a concussion and a broken nose, and lost two front teeth when he was forcibly removed from the plane in Chicago on Sunday. The Huffington Post, the Chicago Tribune and Reuters are among the publications that covered the press conference.

“Here’s the law, real simple,” Demetrio said. “If you’re going to eject a passenger, under no circumstances can it be done with unreasonable force or violence.”

Demetrio said United and the city of Chicago should both be held responsible. Demetrio said passengers have long been bullied by United and other airlines. “Are we gonna continue being treated like cattle, bullied?” Demetrio asked.

Dao, who is Vietnamese, was discharged from the hospital Wednesday evening, but he did not attend the press conference. Demetrio said Dao has told him that the incident was more terrifying than fleeing Vietnam in the 1970s.

Passengers recorded cellphone video of Dao being dragged down the aisle. United had asked Dao and three other passengers to leave the plane in Chicago to make room for crew members who needed to get to Louisville. Dao had refused, saying he was a doctor who needed to see patients the next day.

Dao did not have a current medical license, but was trying to regain it, the Louisville Courier-Journal has reported. He was allowed to practice medicine in 2015, however, provided he met certain conditions.

The newspaper cited documents indicating Dao had given up his license in 2005 after being convicted in connection with allegations of fraudulent prescriptions. Demetrio didn’t respond to an ABA Journal request for comment about Dao’s medical license.

United’s contract of carriage says it may deny boarding on oversold flights after volunteers are sought. Those bumped passengers are entitled to compensation, though the amount is capped by federal regulations.

The Chicago Department of Aviation has placed three security officers who ejected Dao on leave. Chicago’s aviation commissioner has also announced the hiring of an international security expert to review airport policies, the Chicago Sun-Times reports.

United Airlines CEO Oscar Munoz, meanwhile, took a more apologetic tone in his most recent statements about the incident. The airline has announced it will provide refunds to all passengers on the flight.

In his initial statement, Munoz said the incident was upsetting and he apologized “for having to re-accommodate these customers.” In an internal memo, he said employees had followed established procedures.

But In an interview on Good Morning America on Wednesday, Munoz said Dao was not at fault and “no one should be treated that way. Munoz said law enforcement will no longer be used to eject passengers who refuse to leave flights. “This will never happen again on a United Airlines flight,” he said.

Demetrio is a lawyer with Corboy & Demetrio. Dao is also represented by lawyers from Golan Christie Taglia.

The lawyers filed an emergency petition in court in Cook County, Illinois, on Wednesday seeking the preservation of evidence, including any any surveillance video and cockpit audio.

Lawyers interviewed by Reuters differed on whether Dao had a good case. Kenneth Quinn, a partner at the law firm Pillsbury Winthrop Shaw Pittman who represents airlines, pointed to the contract of carriage. Once Dao refused to leave, he said, the airline was justified in using force.

But New York lawyer Paul Callan saw potential tort claims. Though the contract of carriage allows passengers to be bumped from flights, it doesn’t call for the removal of passengers unless they are disruptive, he said.

Aviation attorney David Katzman told Law.com (sub. req.) that Dao’s potential claims include infliction of emotional distress and assault and battery. “A first-year lawyer” could win the case, he said.

Even Quinn thinks United will choose to settle. “I think United is likely to be found on legally solid ground, but has already lost in the court of public opinion, and will pay dearly for it,” he told Reuters.

Revised at 3:09 p.m. to remove references to the flight being overbooked and to add information about a review of airport security policies.