Lawyer had sleep disorder that could possibly explain why he fatally shot his wife, doctor testifies 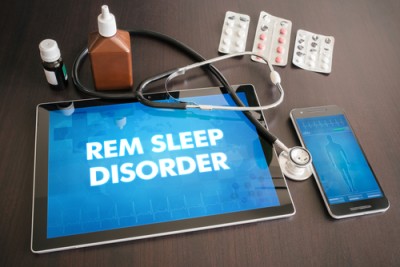 An Atlanta lawyer had a sleep disorder that could possibly explain why he fatally shot his wife while riding in the back seat of an SUV, the research director of Emory University’s sleep disorder program testified on Wednesday.

Neurologist David Rye said lawyer Claud “Tex” McIver had a disorder that causes people to act out their dreams and to be in a state of “confusional arousal” when awakened. The Daily Report, 11Alive and a live blog by the Atlanta Journal-Constitution covered the testimony.

McIver is accused of shooting his wife, who was riding in the passenger seat, after he retrieved a gun because he feared the neighborhood they were riding in. The defense maintains he fell asleep while holding the gun, and remained asleep when he pulled the trigger in the September 2016 incident.

Rye said he diagnosed McIver with a rapid eye movement behavioral sleep disorder that can cause people to move their arms and legs while sleeping, though he hasn’t studied finger movement in people with the disorder. Rye said people with REM sleep disorder can act out emotionally-laden dreams, and some people with it have injured themselves and people they are sleeping with.

Rye also said the disorder makes it more likely that a person would experience a state of confusional arousal upon awakening, which makes the person unaware of their surroundings or circumstances. According to the Journal-Constitution, Rye said either sleep problem could be responsible for the shooting. But the Daily Report coverage says he believed the REM disorder was an unlikely explanation, while confusional arousal was “one possible explanation.”

Rye made the diagnoses in January. Rye said McIver had a previous sleep study at Mayo Clinic in 2004 and did a home sleep study in 2009.

Rye testified the same day that the presiding judge, Robert McBurney of Fulton County, dismissed two felony charges of influencing witnesses. McIver remains charged with a third count of trying to influence the car driver, along with charges of malice murder and felony murder.

McIver, 75, is a former partner at Fisher & Phillips.