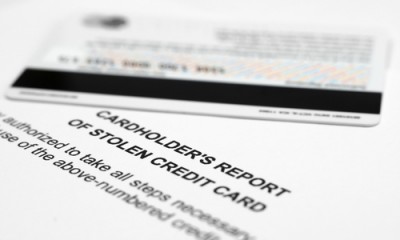 The Pennsylvania Supreme Court temporarily suspended a lawyer accused of burglarizing the offices of the law firm that fired her and buying sex toys with a credit card stolen from a former colleague.

Nichole Ashley Collins, formerly of Harrisburg-based Shaffer & Engle, was suspended on Thursday, report the Legal Profession Blog, Fox43 and Pennlive.com. She was fired in August after the firm accused her of stealing about $8,000 from an account used to pay filing fees and court reporters. A prior story by Pennlive.com is here.

The law firm had reported the alleged theft in September and then reported missing office files in December. One of the missing files contained information on Collins’ alleged stealing, and another contained passwords of name partner Jeff Engle. An unknown sticky substance was also found on the firm’s computer equipment.

Another lawyer at the firm returned from a holiday break three weeks later and discovered a purse containing her credit cards was missing from the office. One of the credit cards was used to buy more than $300 worth of sex toys. Other credit and debit cards stolen from the firm were used to make purchases, and employees’ checks were forged and cashed, police said.

Collins, 35, of Harrisburg, is charged with burglary, theft, forgery, receiving stolen property, access device fraud and criminal mischief. The case is being handled by the state attorney general’s office because Collins is married to a Dauphin County prosecutor.