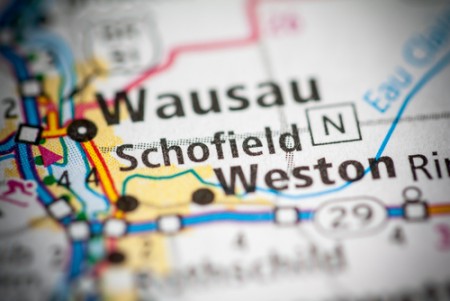 A Wisconsin lawyer was among four people killed Thursday in a series of shootings that allegedly started as a domestic incident.

Police identified the suspect as Nengmy Vang, report the Wausau Daily Herald, the Associated Press and WSAU. His divorce was pending; his wife works at a bank in Rothschild, Wisconsin, where the shootings began.

Vang’s wife ran into a nearby Subway and was unharmed, Vang was shot during a standoff with police and is hospitalized.

Lawyer Sara Quirt Sann was killed along with Everest Metro Police Detective Jason Weiland and bank employees Dianne Look and Karen Barclay. Sann, 43, rented an office from the law firm Tlusty, Kennedy & Dirks in Schofield, Wisconsin, according to the Wausau Daily Herald. Her home was in Wausau.

Sann, 43, was representing Vang’s wife. She became a lawyer in 2011 and graduated from Valparaiso University law school in 1999, according to TMJ4. She previous managed Quirt Family Dentistry in Wasau.

The law firm posted a message stating that its offices are closed. “Yesterday, we lost a dear friend and colleague and we ask that you keep her family in your thoughts,” the statement said. “We appreciate the numerous messages we have received expressing concern and condolences—please know that they have not gone unnoticed.”

The Marathon County Bar Association and State Bar of Wisconsin issued a statement about the deaths. “Our Marathon County legal community is shaken to its core by this senseless act of violence that killed our dear friend and colleague. Sara was a smart, compassionate attorney who exuded a quiet confidence and, as a guardian ad litem, strove to understand the real struggles families face,” the statement said. “She was a kind, beautiful person. We will never be the same.”

Sann’s husband, Scott, posted a Facebook message asking the public to “remove any anger driven posts” and to post something they loved about Sann, according to the Wausau Daily Herald. “This person could’ve been any gender, any color, any religion and they could’ve acted in other ways of violence to make their point,” he wrote.

Next:
Corporate law prof is accused of stealing more than $4M from investors