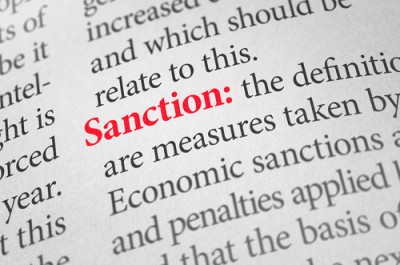 A former lawyer for an Illinois police officer convicted of murdering one of his ex-wives is facing a judge’s wrath in a different case for his behavior in a suit against his auto-dealer client in a lemon law case.

Lawyer Joel Brodsky will have to pay a $50,000 sanction and attend anger management training as a result of an order issued Wednesday by U.S. District Judge Virginia Kendall, report the Chicago Tribune and the Chicago Sun-Times.

Brodsky formerly represented Drew Peterson, who was convicted of murdering his third wife in September 2012. Peterson later claimed ineffective assistance of counsel by Brodsky, alleging his lack of experience in murder trials resulted “in hornbook errors and a smorgasbord of ethical violations.”

Kendall said that in 18 months since the lemon-law case was filed, the docket contained more than 200 entries, nearly three-quarters of them related to disputes regarding Brodsky’s behavior.

Kendall said Brodsky made false accusations, engaged in “inappropriate diatribes,” made an “unhinged attack” on an expert witness on odometers, and filed “a number of baseless or unnecessary motions.” One of Brodsky’s motions opposed his opponent’s motion to correct a typographical error, Kendall said.

Of particular concern, Kendall said, were accusations Brodsky made against the expert. Brodsky said the expert fabricated an expert witness report in another matter involving a woman, and that the expert had damaged her fence.

Brodsky also claimed the expert was the person who anonymously faxed him a newspaper article that was aimed at intimidation. And Brodsky disputed affidavits by the expert’s family saying he was home sick at the time of the incident involving the fence by claiming the expert didn’t really have a son named Luke.

Brodsky backed up that claim by saying he did a public records search, and while the expert has “a wife named Jennifer, a mother named Ruth Ann, and a son named Zachery, there is no son named Luke.”

Kendall “admonished Brodsky multiple times to curb his uncivil and vitriolic conduct,” and finally scheduled a sanctions hearing. The expert testified that he didn’t damage the woman’s fence, he didn’t send the anonymous fax, and has a son named Luke.

Brodsky apologized for “going too far in this case,” but Kendall was unmoved. “He did not appear contrite,” she said.

“Although not reflected on the transcript,” Kendall also said, “throughout the hearing, Brodsky was occupied with his cellular phone and made several audible exasperated sighs during the course of the hearing as the testimony was being presented.”

“Throughout the course of the litigation, the court has observed first-hand Brodsky’s unprofessional, contemptuous, and antagonistic behavior directed at opposing counsel,” she added. “These have included false accusations and inappropriate diatribes in pleadings, where he repeatedly accused opposing counsel of lying, extortion, attempting to create a false record, and repeatedly requested sanctions without any good-faith basis.”

Brodsky also sent “numerous vitriolic emails” to the opposing counsel, calling him “an embarrassment to the profession” and accusing him of being an extortionist, Kendall said. In depositions, Brodsky “was confrontational and antagonistic,” cursing several times on the record and making inappropriate attacks against the opposing lawyer, calling him a liar and accusing him of engaging in a criminal enterprise, Kendall said.

Kendall said she had learned of “numerous other instances in state court where Brodsky has been left unscathed by sanctions which might have led to his belief that he could act with impunity when acting as a litigator in court. That stops here.”

Kendall said she would refer Brodsky to the ethics committee of the Northern District of Illinois for consideration of being barred or suspended from practice in the district.

Brodsky’s lawyer, Joseph “The Shark” Lopez, told the Tribune he may ask Kendall to reduce the fine or he may appeal.