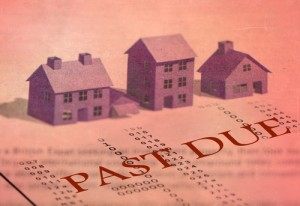 An appeals court in Georgia has fined a lawyer $2,500—the maximum allowed under the rules—for “deploying boilerplate claims” and “misuse of notice pleading.”

The Nov. 5 opinion (PDF) sanctioning Atlanta lawyer Grady Roberts III was signed by all 12 appeals judges, according to the Daily Report (sub. req.). The opinion affirmed summary judgment for Roberts’ opponents, a bank and law firm handling a foreclosure case against Roberts’ client, We Care Transportation.

Roberts told the Daily Report he would ask the appeals court to reconsider and, if he is turned down, he will ask the Georgia Supreme Court to hear the case. The treatment he received from the appeals court is not unusual, he told the publication. “My practice is consumer-based, and the trial courts and appellate courts are very, very harsh in dealing with consumers,” he said.

Roberts told the Daily Report there was a factual dispute on whether the bank, Branch Bank and Trust Co., properly accelerated the loan issued to We Care Transportation. “Individuals should not have property taken without due process of law,” he said.

Roberts had claimed wrongful foreclosure in his client’s suit against Branch Bank and its law firm, Quirk & Quirk. He conducted “minimal discovery,” the appeals court said, serving only one request for production of documents “and then failed to make any discernible use of the material produced.”

After the trial court granted summary judgment to Quirk and the bank, Roberts argued on appeal that further discovery would have shown genuine issues of material fact.

“It is utterly frivolous,” the appeals court said, “to argue that a defendant is not entitled to summary judgment because the allegations of the plaintiff’s complaint might have been supported by discovery that was not taken, that the plaintiff made no effort to take, and that the plaintiff no longer has any legal right to take.”

Roberts’ appeal had also claimed that, accepting the allegations of the complaint as true, “the trial court could not say definitely that no set of facts establishing the claim … could not be proven.” Those arguments would be appropriate in opposing a motion to dismiss for failure to state a claim, but they have “no bearing whatsoever at the summary judgment stage,” the appeals court said.

The appeals court called Roberts’ arguments “frivolous” and said they “reflect a recurring pattern of misconduct.”

“From this case and from other appeals filed with this court,” the appeals court said, “it appears that Roberts has adopted a practice of deploying boilerplate claims and arguments with little or no effort to adjust them to the evidence or to the procedural posture of the case and little or no effort to investigate or support them.

“Efforts by opposing counsel to test or challenge them are met either with a bald assertion that the claim should be allowed to go forward on the basis of the possibility that—at some future time—supporting evidence or analysis might be forthcoming or with substitution of new and different unsubstantiated boilerplate claims and arguments.”

The court said it was “particularly disturbed” that many actions brought by Roberts appear to include frivolous claims of misconduct against lawyers representing clients in legitimate foreclosures. In the We Care Transportation case, Roberts had originally accused the bank and its law firm of fraudulent conduct, then dropped that claim when the trial court required a more definite statement of the allegations, the opinion said.

The appeals court said a review of appellate cases filed by Roberts—there have been 65 filed this year—shows he has “repeatedly engaged in similar misconduct on behalf of other clients.” The opinion said Roberts has 17 cases pending before the appeals court and “he would be well advised to diligently and expeditiously examine them to determine whether they are similarly frivolous.”