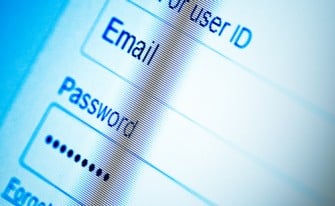 A Missouri lawyer has been suspended for using information obtained by his divorce client by guessing his wife’s email password.

The Missouri Supreme Court indefinitely suspended lawyer Joel Eisenstein with leave to apply for reinstatement in six months, the St. Louis Post-Dispatch reports. A disciplinary hearing panel had sought indefinite suspension with leave to reapply in a year.

Eisenstein’s client had obtained his wife’s payroll documents and a list of direct examination questions prepared by the wife’s lawyer for an upcoming divorce trial, according to the Missouri Supreme Court opinion. The client gave the information to Eisenstein in November 2013.

A disciplinary hearing panel found that Eisenstein used the payroll information during a settlement conference before trial. Opposing counsel learned Eisenstein had the list of questions in February 2014 when it was included in a stack of exhibits that Eisenstein gave the lawyer during trial.

During a hearing that followed, Eisenstein admitted he viewed the information and didn’t immediately disclose it.

Afterward, Eisenstein sent the opposing lawyer an email that read: “Rumor has it that you are quite the ‘gossip’ regarding our little spat in court. Be careful what you say. I’m not someone you really want to make a lifelong enemy of, even though you are off to a pretty good start. Joel”

According to the Missouri Supreme Court, ethics rules required Eisenstein to promptly disclose to opposing counsel that he had received the information from his client so that appropriate measures could be taken. The court also said the threatening email Eisenstein sent to opposing counsel was prejudicial to the administration of justice.

Two dissenting justices said Eisenstein should not be allowed to reapply for reinstatement in 12 months, rather than six months.

The dissenters also said it was inappropriate for Eisenstein to solicit the bar and judiciary to influence the state supreme court in the ethics case. “One of these solicitations,” a dissenter wrote, “took the form of an email titled ‘I’m too old for this xxxx!!’ [Expletive deleted.]” The email included Eisenstein’s “complete history” of the case that “varies greatly from the facts” found by the disciplinary hearing panel, according to the dissent. Eisenstein is 70 years old, according to the Post-Dispatch.