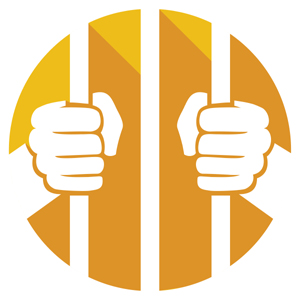 Updated: If Greg Jackson hadn’t taken his routine paperwork seriously, a former county bar president might not be facing prison time for the unauthorized practice of law.

Jackson had been assigned to compile a list of the two dozen members of the Huntingdon County Bar Association in Pennsylvania shortly before Christmas 2014. He was listing the lawyer names along with their bar numbers when he noticed that a former county bar president, Kimberly Kitchen, appeared to be using the bar number of another person—a lawyer in Delaware. The Legal Intelligencer (sub. req.) has the story.

Kitchen was an estate planning partner at BMZ law, where she has worked for 10 years. Kitchen, a former legal secretary at Reed Smith, claimed to have a law degree from Duquesne University in Pittsburgh and had email verifying the degree. She also showed her attorney license, a list with her bar exam results, and a check for payment of her attorney registration fee. All of the documents were faked, according to the complaint against her.

Kitchen was convicted in March on charges of unauthorized practice of law, forgery and felony records tampering. Her lawyer argued she provided good legal work and her clients were happy.

She was sentenced on Tuesday to two to five years in prison, WJACTV reports.

Jackson tells the Legal Intelligencer the case has damaged the public perception of small-town lawyers. “When you’re practicing in a small town, one of the biggest impediments that you have is a belief by some people that the attorneys in a small town aren’t as good as lawyers in a big city, and you’ve got to go out of town to find a real lawyer,” Jackson said. “Something like this, where you have someone who has been able to get away with this kind of a scam for so long, only solidifies that opinion.”

Updated on July 20 to include sentence received on Tuesday.

Next:
What happens to judicial nominees who never get a vote? Some take a big financial hit