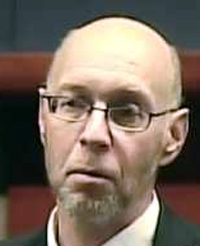 A lawyer working for special counsel Robert Mueller has reportedly been researching whether President Donald Trump could issue pre-emptive pardons to protect people in the probe of Russian influence in the U.S. election.

Michael Dreeben is “a bookish career government lawyer with more than 100 Supreme Court appearances under his belt,” Bloomberg Politics reports. He is a deputy solicitor general with “an encyclopedic knowledge of criminal law,” according to a June Washington Post story about him joining the legal team.

“Michael is the most brilliant and most knowledgeable federal criminal lawyer in America—period,” Walter Dellinger, a law professor at Duke University School of Law and acting solicitor general for the 1996-1997 term of the Supreme Court, told the Post in June.

Dreeben is working part-time for Mueller while handling some responsibilities as deputy solicitor general. An anonymous source tells Bloomberg that Dreeben has been researching past pardons and investigating whether there are limits on the pardon power.

Trump tweeted in July that he has “the complete power to pardon.” That followed a Washington Post report that said Trump had asked his advisers whether he has the power to pardon aides, family members and even himself.

Bloomberg says Dreeben also is tasked with making sure the “special counsel’s prosecutorial moves are legally airtight. That could include anything from strategizing on novel interpretations of criminal law to making sure the recent search warrant on ex-campaign adviser Paul Manafort’s home would stand up to an appeal.”