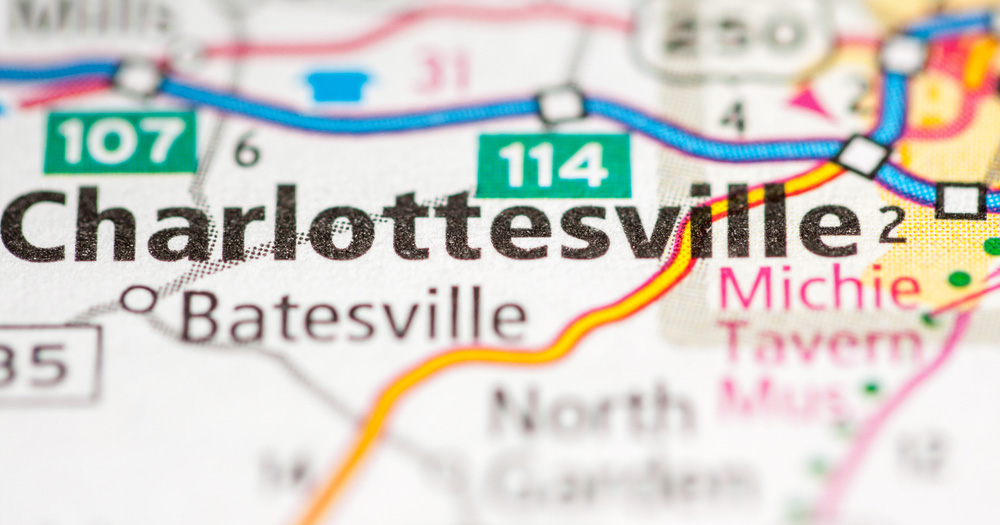 A Cincinnati-area lawyer stepped forward when white supremacists and neo-Nazis had trouble finding legal representation in a civil case stemming from the violent protests in Charlottesville, Virginia.

The lawyer, James E. Kolenich, got involved because “white people must save and preserve their civilization,” the Cincinnati Enquirer reports.

“My willingness to get involved is to oppose Jewish influence in society,” Kolenich told the Cincinnati Enquirer. “It’s plain that white people are the chosen people in the New Testament. It’s the job that we were given, to spread Christianity around the world. That doesn’t involve hatred of other races, not even of ethnic Jews. But it does involve opposing their un-Christian influence in society.”

Kolenich also questioned the accuracy of the estimated number of Jewish people killed by the Nazis, and even questioned whether the Holocaust actually happened, according to the Cincinnati Enquirer.

Jackie Congedo, director of the Jewish Community Relations Council, the public affairs arm of the Jewish Federation of Cincinnati, told the Cincinnati Enquirer that Kolenich’s statements are offensive. “Any effort to limit the rights of any minority to live freely in this country is discriminatory, and any effort to limit the freedoms of Jews is flat-out anti-Semitic,” Congedo told the newspaper.

Kolenich is one of two lawyers representing rally organizers in a civil suit claiming they conspired to deprive the plaintiffs of their civil rights by encouraging violence in Charlottesville, the New York Times reported earlier this month. The name plaintiff in Sines v. Kessler is Elizabeth Sines, a 2L at the University of Virginia law school who says she suffered severe emotional distress after seeing the violence during her own peaceful protests.

The other lawyer for the white supremacists is Virginia lawyer Elmer Woodard, who came to the case through his representation of one of the defendants on a criminal assault charge. At an early court appearance for his client, the Times reports, Woodard “wore a bow tie, a Victorian-era waistcoat and a Jazz Age boater hat.”

Do Kolenich’s comments constitute an ethics violation? It’s unknown if anyone has complained to Ohio lawyer discipline authorities. Ohio disciplinary counsel Scott Drexel says state supreme court rules bar him from revealing whether there is a pending grievance or investigation against Kolenich or any other lawyer. Investigations are confidential until a formal complaint is filed.

Another Ohio lawyer who had “a well-documented paper trail of his extreme beliefs” is Kyle Bristow, the Huffington Post reported in December. Though many of his controversial writings about race and sexual orientation were known before he applied for bar admission, he was admitted to the Ohio bar in 2012 and into the Michigan bar in 2013.

The ABA’s model rule was adopted at the ABA Annual Meeting in August 2016. The ABA rule provides that it is an ethics violation to engage in conduct “related to the practice of law” that the lawyer “knows or reasonably should know is harassment or discrimination.”

Another ABA model rule, Rule 1.2, deals with lawyers abiding by client decisions concerning the objectives of representation. One section, ABA Model Rule 1.2(b), says a lawyer’s representation of a client “does not constitute an endorsement of the client’s political, economic, social or moral views or activities.” Ohio has not adopted 1.2(b), though the wording is included in a comment.

University of Cincinnati law professor Rachel Jay Smith tells the ABA Journal the ethics issue is an interesting question. “Lawyers can represent clients without endorsing their positions,” she said. “But this is more complicated than that.”

Smith hasn’t seen any cases in which Ohio applied the anti-discrimination provision, and she’s not sure how she would answer the question of whether there was an ethical violation. But the issue is so interesting that she plans to ask her students to read the Cincinnati Enquirer article. She will ask if Kolenich’s views raise any concerns for them under lawyer conduct rules, and will then explore whether they believe it should be an ethics violation.

Susan Becker, general counsel of the ACLU of Ohio, says most people would agree that Kolenich’s statements are distasteful, repulsive and hateful. But she doesn’t believe Kolenich violated Rule 8.4(g) and its ban on discrimination that constitutes a violation of the law.

“I don’t see where there is any law he has violated by merely voicing his opinions, no matter how distasteful they are to many people,” she said. “From the ACLU viewpoint, we are very concerned about regulations that would punish for beliefs, or mere articulation of those beliefs, without further action.”

Becker said there is another provision of Rule 8.4 barring conduct that is prejudicial to the administration of justice, but she doesn’t believe it is violated by Kolenich’s comments. “It is a rather pernicious sort of catchall basis for discipline,” she said.

The lawyer representing the plaintiffs in the civil suit over the Charlottesville violence is Roberta Kaplan, who persuaded the U.S. Supreme Court to strike down a federal law that bars federal benefits to same-sex married couples. The suit is bankrolled by Integrity First for America, a group recently formed to pay for civil rights and abuse-of-power litigation.

Kolenich has himself litigated on behalf of clients fighting alleged abuses by the police or government. Often his clients claim a violation of their right against unreasonable search or seizure. He began practicing law in 2003 after receiving a law degree from Case Western Reserve University.

The Huffiington Post: “Should White Supremacists Be Allowed To Practice Law?”