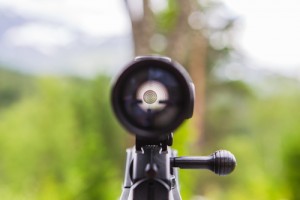 Police have arrested a lawyer who practices in Portland, Oregon, for allegedly firing several shots at the office of another lawyer after an escalating dispute.

Police arrested Erik Graeff, 42, of Vancouver, Washington, on charges of unlawful use of a weapon and reckless endangering, report the Oregonian and the Beaverton Valley Times.

Graeff was accused of shooting on Dec. 21 at the office of Terrence Hogan in Beaverton, Oregon, alarming an administrative assistant who was sprayed by white powder and debris when the bullet hit a wall, according to information in a search warrant affidavit cited by the Oregonian.

Police said the dispute began when Hogan left a voicemail telling Graeff he didn’t approve of his work in a case they were handling. Graeff responded with an email showing an image of a cat playing a violin, according to the search warrant affidavit.

Hogan responded by saying Graeff would have to explain his conduct to the state bars in Oregon and Washington, where he has licenses to practice. Graeff said he would be waiting, and that he is tougher than Hogan and the state bars. Hogan responded, “You know where I am, tough guy.”

A lawyer who told police he had known Graeff since 2006 said Graeff had been a “decorated” sniper in the Marine Corps.