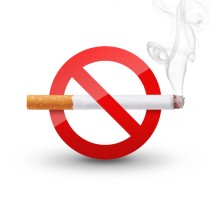 A Pennsylvania lawyer has been ordered to pay nearly $1 million in attorney fees for allowing an expert witness to refer to a lung cancer victim’s history of smoking in a May 2012 medical malpractice trial.

Defense lawyer Nancy Raynor of Malvern, Pennsylvnia, told the Legal Intelligencer that insurance would not pay the sanction and her personal assets are at risk. “I’m not only going to appeal the decision, I am going after everyone in this,” Raynor said. “If they think for one nanosecond that I’m laying down and putting up with their bullshit, they’re crazy.”

Judge Paul Panepinto of Philadelphia imposed the $1 million penalty in an order released this week after a retrial of the case resulted in a $2 million verdict for the deceased patient’s daughter, Rosalind Sutch. Panepinto had ordered the retrial because of the smoking reference.

Raynor, who represented a doctor defendant in the case, previously told the Legal Intelligencer she had instructed the expert witness not to make the reference. The suit filed by Sutch claimed X-rays had detected a nodule on her mother’s lung but doctors failed to inform her.

Raynor told the Legal Intelligencer she is calling for an investigation into Panepinto and is discussing suits against the two law firms that won the attorney fees.

In September 2012, a different judge in the case sanctioned Raynor about $45,000 in attorney fees for writing a letter to the employer of an expert witness for the plaintiff, according to a Legal Intelligencer story reprinted by the Expert Witness Blog. That judge also barred Raynor from representing her client in the case.