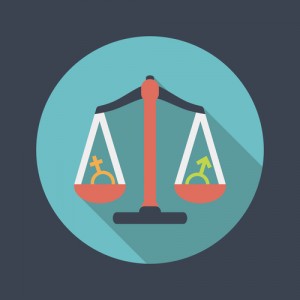 A California lawyer has been ordered to pay deposition costs and to donate $250 to a women’s bar group after telling opposing counsel it wasn’t “becoming of a woman or an attorney” to raise her voice during a deposition.

“Bertling … has stooped to an indefensible attack on opposing counsel,” Grewal said. The lawyer’s “sexist remark” was a professional discourtesy, Grewal said, and such remarks “reflect and reinforce the male-dominated attitude of our profession.”

Bertling also handed Rifkin an unusable disc containing documents relied on by a medical expert on the day of the expert’s deposition. Despite a promise to send the documents digitally that same day, Bertling didn’t produce them for six more weeks, a day after opposing counsel’s brief opposing summary judgment was due, Grewal said.

“Attorneys are people, and people make mistakes, Grewal wrote. “But where, as here, an attorney repeatedly and unapologetically flouts guideline after guideline [for professional conduct], it is a big deal—and the court has little choice but to do something about it.”

Bertling wrote in his response to the sanctions motion that his remark was made in the context of Rifkin “literally yelling at my client and creating a hostile environment” during the deposition.

“In retrospect, the proper term for me to have used in this context would have been ‘attorney.’ I apologize to Ms. Rifkin if I offended her by referring to her as a ‘woman’ instead of as an ‘attorney,’ ” he wrote. Grewal labeled that a “halfhearted politician’s apology.”

Rifkin is an Oakland solo who previously worked in the U.S. Justice Department’s civil rights division. She told the Recorder that many women don’t make an issue of comments such as Bertling’s because they don’t want to be labeled “whiners.” Yet “this is something that almost every woman attorney has experienced again and again over their careers,” she said.

“This is reflective of the usual course of business which needs to change,” Rifkin said.

Wrong reference to Bertling in sixth paragraph corrected on Jan. 15.