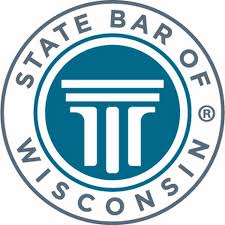 The Wisconsin Lawyer’s Assistance Program Committee has rescinded an award recognizing a lawyer’s volunteer work after the state attorney general noted he had been accused of sexual assault in 2005.

The committee said in a press release issued last Thursday that it rescinded the award recognizing Stephan Addison as its volunteer of the year. Addison, a former Seyfarth Shaw associate, had pleaded no contest in December 2006 to reduced charges of second-degree reckless endangerment and sexual gratification in public. The Associated Press covered the decision to rescind the award, while Madison.com and the Milwaukee Journal Sentinel had stories about the ensuing criticism.

A woman had alleged Addison and another lawyer raped her on the hood of her car after a day of drinking. Addison and the other lawyer had claimed the sex was consensual. Following the plea, Addison received a 60-day suspension of his law license in Illinois and Wisconsin.

Wisconsin Attorney General Brad Schimel posted the original complaint and probable cause statement against Addison. In a press release issued last Wednesday, he criticized the award as “a terrible lapse in judgment.”

“What type of message is the Wisconsin State Bar Association sending to the state and survivors of sexual assault?” Schimel asked.

The WisLAP committee said it rescinded the award at the request of state bar leadership. The program gives free confidential assistance to lawyers and law students coping with substance abuse, mental health challenges or other issues that can affect law practice.

“A substantial number of WisLAP volunteers have themselves been involved in the criminal justice system, recovery and rehabilitation programs, or disciplinary proceedings, and choose to volunteer as part of the process of regaining control of their own lives, and to give back to the legal profession,” according to the committee press release. “The contributions of WisLAP’s many volunteers are a critical part of its success.”