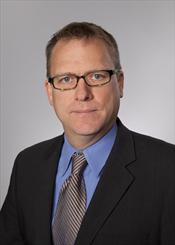 Updated: A prominent Arizona attorney and his client were killed in a shooting after a Wednesday morning mediation session at another law firm in Phoenix.

The suspected shooter, their pro se opponent in litigation over a $20,000 office furniture dispute, was also present at the mediation session at DeConcini McDonald Yetwin & Lacy. The suspect, Arthur Douglas Harmon, 70, was at large following the shooting, which took place in the law firm’s lobby, according to the Arizona Republic and KNXV.

His body was found by the police at a parking garage Thursday morning, dead of an apparent self-inflicted gunshot wound, according to the Arizona Republic.

One of the slain was Steven Singer, 48, the president and CEO of Fusion Contact Center, which had contracted with Harmon to refurbish and move cubicles and furniture at a California office of the company. Harmon had been paid $30,000 of the $47,000 the job was worth and sued in April to get the rest of the money, even though he wasn’t able to complete all of the work, the newspaper says.

Partner Mark P. Hummels, 43, of Osborn Maledon was shot in the neck and back and underwent surgery. He was taken off life support and passed away Thursday night, according to KTAR. He was president of the Phoenix chapter of the Federal Bar Association.

Osborn Maledon released a statement Thursday morning, saying the firm is devastated by the “senseless shooting,” praising Hummels for his professional and personal contributions and extending its deepest sympathy to his wife and two children.

Another victim, Nichole Hampton, 32, was shot in the hand by a stray bullet outside the building’s entrance, according to USA Today.

A lawyer who dealt with Harmon several years ago in an unrelated case said he was litigious and had anger-management issues.

The Associated Press and the New York Times (reg. req.) also have stories.

Updated at 11:25 a.m. to add that the suspected shooter was found dead Thursday morning, at 2:17 p.m. to include information from related ABAJournal.com post about suspect’s anger-management issues and at 2:36 p.m. to report that Hummels is not expected to survive. Updated on Feb. 1 to report that Hummels has passed away from his wounds.