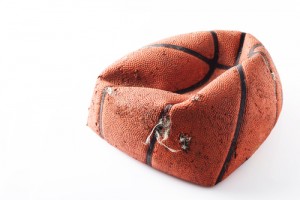 A laid-off lawyer who decided to attend every Knicks game has spent $26,000 watching the losing season, but he’s hoping for better times ahead.

Dennis Doyle tells the New York Times it has been an expensive and exhausting experience. “If I had better health care coverage,” he told the newspaper, “I’d seriously consider therapy.”

In a March 27 post on his blog chronicling the losing season, Doyle wrote that he had already burned through about $20,000 budgeted for his Knicks passion, while also covering living expenses in New York. “Now there’s barely enough in my checking account to cover next month’s rent,” he wrote.

He was looking forward to getting a federal tax refund, and is pursuing another endeavor: He has signed with a literary agent for his book proposal.

Previous:
Attorneys tout the benefits of having a paperless law practice

Next:
Manage your law office technology so it doesn't manage you