Lawyer sues fitness club, alleges he was banned for prior lawsuit 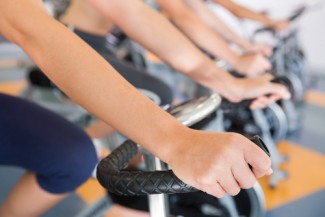 A Manhattan lawyer claims in a lawsuit that the SoulCycle fitness club banned him from the premises in May 2013 for representing a former fitness instructor who claimed he wasn’t paid for all the hours he worked.

The suit (PDF) filed on Friday by lawyer Douglas Wigdor said he had visited the club on a regular basis, paying $35 for each spin class, until he was informed by SoulCycle’s in-house lawyer that he would not be permitted on the premises, report the New York Law Journal (sub. req.) and the New York Post. The club’s outside counsel at Jackson Lewis later confirmed that Wigdor and his client were both banned, the suit alleges.

Wigdor’s suit alleges retaliation in violation of New York labor law. “I am seeking injunctive relief here,” Wigdor told the New York Law Journal, “and a precedent to protect our noble profession. Any money I recover, I will donate to charity.”

Wigdor’s lawyer, Ann Vladeck, told the New York Law Journal that if businesses can retaliate for lawsuits, lawyers may not be able to “do business at banks, get electricity from our utility companies or be seen at various hospitals.”

Wigdor’s suit on behalf of the instructor settled last July after a judge dismissed the wage claims but allowed retaliation allegations.

Previous:
Former DA explains his 'prosecutor speak' on why he declined to charge Cosby