Lawyer tells how she nearly fell for jury duty scam 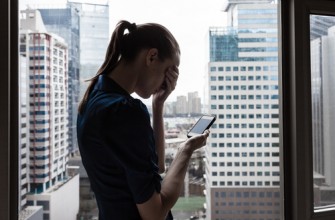 A scammer’s warning of missed jury duty was so persuasive that a Kentucky lawyer nearly paid the requested $1,500 “bond” to avoid arrest.

The lawyer, Cindy Harrington Napier, shared her experience on Facebook to warn others about the scam, the Louisville Courier-Journal reports.

Napier says she got a phone message from a “Lt. Yates” who said he needed to talk to her about a warrant. When she called the number, Napier heard a convincing message that even advised callers to hang up and dial 911 in the event of a real emergency.

When “Yates” called Napier back, he said she had missed federal grand jury duty and she would be arrested in 24 hours if she didn’t post the bond. “Yates” knew that Napier was a lawyer and even knew her home address. When Napier asked to speak with a superior, a “captain” told her he didn’t have time for her questions and she needed to pay.

Napier was told she needed to post the bond by getting two prepaid Visa cards for $750 each. She was told to call the sheriff’s office with the numbers.

Napier went to a branch of U.S. Bank in Middletown to get the money, and she looked so distraught that a teller became concerned. “A teller asked if I was OK and I blurted out the whole story,” Napier explained in her Facebook post. The teller advised calling the real sheriff’s office.

At least two other lawyers and a physician have been targeted in the scam. Neurologist Robert Friedland said he believed the scammer until his wife told him a neighbor had gotten the same call.